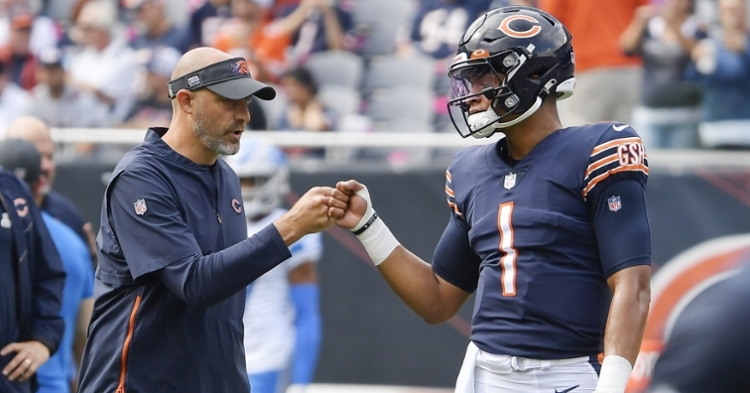 The Chicago Bears announced on Monday morning that they had fired their head coach Matt Nagy and general manager Ryan Pace.

"To the Chicago Bears organization - It was an honor to serve as your Head Coach over the past four seasons. I want to thank Ted Phillips, George H. McCaskey and Mrs. Virginia McCaskey for the opportunity to lead one of the game's most storied franchises. It's four years I'll always remember.

"To Ryan Pace - Your passion and commitment towards this franchise was contagious. You gave it everything you had, every single day. It was always teamwork and togetherness with us. No regrets. Thank you.

"To the Players, Coaches and Support Staff - Thank you for your hard work and daily dedication. I will forever be grateful for the fight and determination you showed each week. Every day I tried my best to honor the commitment you showed to the game and the organization. We've all built great relationships that will last a lifetime. I was proud to be your coach and wish you nothing but success in the future."

The Bears finished the 2021 season with a 6-11 record after Sunday's embarrassing 31-17 loss to the Vikings.