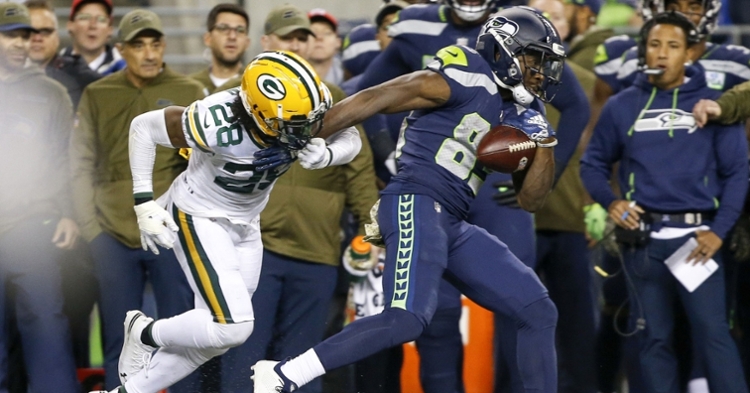 The Chicago Bears announced on Thursday that they have signed receiver David Moore and cornerback Greg Stroman Jr. to one-year deals.

Both of the free agents were part of tryouts this week.

Moore is a veteran of five NFL seasons playing primarily with the Seahawks and has stints with the Broncos and Packers last season.

Overall, the 27-year-old has 78 receptions for 1,163 yards and 13 touchdowns in his career. He also can be productive in specials teams as he has averaged 8.8 yards on 21 punt returns.

"It's just a blessing," Moore told ChicagoBears.com. "I've been at the house just hoping, waiting on a call, just an opportunity to get a chance to play football. The week was going great, and I had high hopes, and then after practice, they told me to wait around, that they were going to sign me."

Moore is the cousin of former Bear James Allen, a running back with the team from 1998-to-2001.

Stroman has appeared in 20 games with three starts during his three-year NFL career starting with Washington.

His best season was his rookie campaign, where he had 38 tackles, an interception, four pass breakups, one fumble recovery, and one forced fumble.

"I'm just excited and pumped, ready to go to work," he told ChicagoBears.com. "It's an opportunity, and I'm looking forward to taking advantage of it."