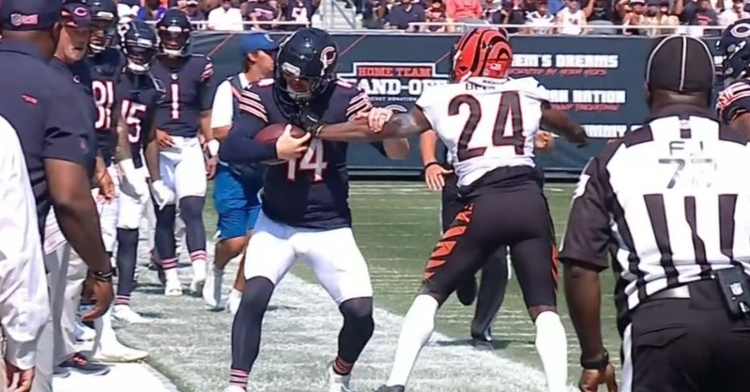 Dalton came up limp after a 14-yard scamper and went immediately in the injury tent. Rookie quarterback Justin Fields replaced him in the lineup.

According to Bears officials, Dalton tweaked his right leg.

He is currently running on the sidelines and it appears that he escaped serious injury.

Update: Dalton is back on the field to start the next drive.

Update: Fields is in to run a two-minute offense. Dalton, Nagy, and the team trainer were seen huddling up and checking him out.

Andy Dalton gets injured on a non-contact play. Justin Fields is in pic.twitter.com/SmYZE9xNtu

Justin Fields is under center for Chicago after an injury to Andy Dalton. pic.twitter.com/sgL5Z2vtry