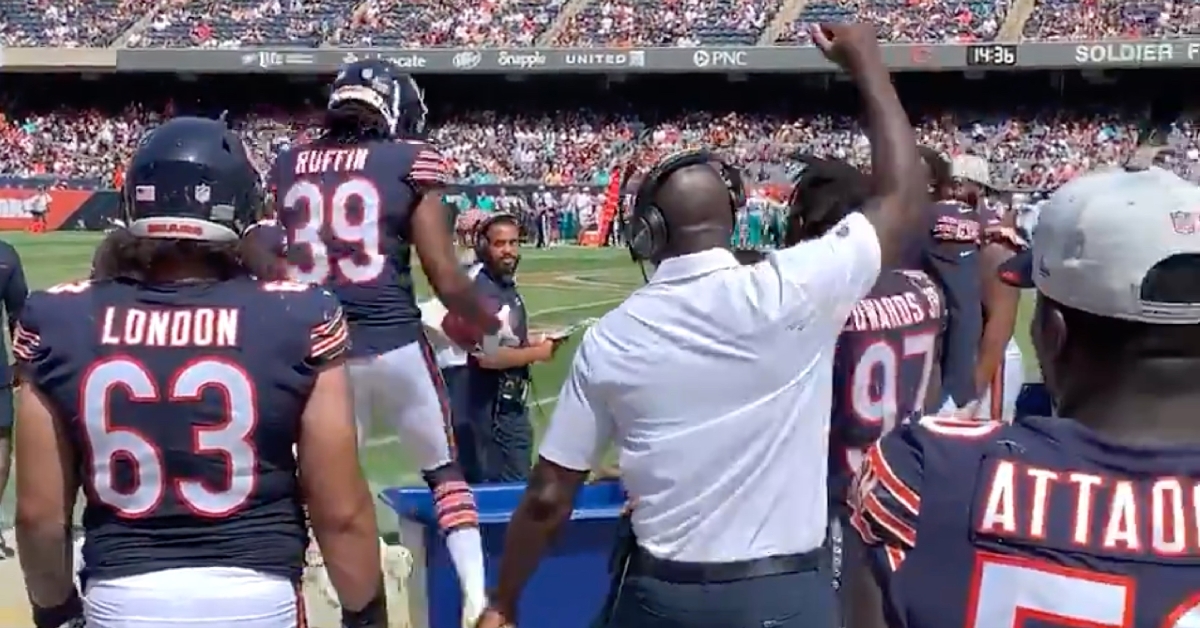 Rookie Bears defensive back Dionte Ruffin dunked the pigskin into the "Takeaway Bucket" after recovering a fumble.

CHICAGO — First-year Chicago Bears defensive coordinator Sean Desai introduced the "Takeaway Bucket" in training camp, and it appeared on the Bears' sideline in the squad's preseason opener against the Miami Dolphins on Saturday. The bucket fits with the recent theme that has spread across football of teams using a prop to celebrate turnovers.

After free safety Marqui Christian forced a fumble that fellow defensive back Dionte Ruffin recovered early in the fourth quarter, Ruffin celebrated by dunking the football into the bucket on the sideline. Strong safety DeAndre Houston-Carson intercepted a pass in the end zone earlier in the game, meaning that the Takeaway Bucket was utilized twice at Soldier Field on the afternoon.