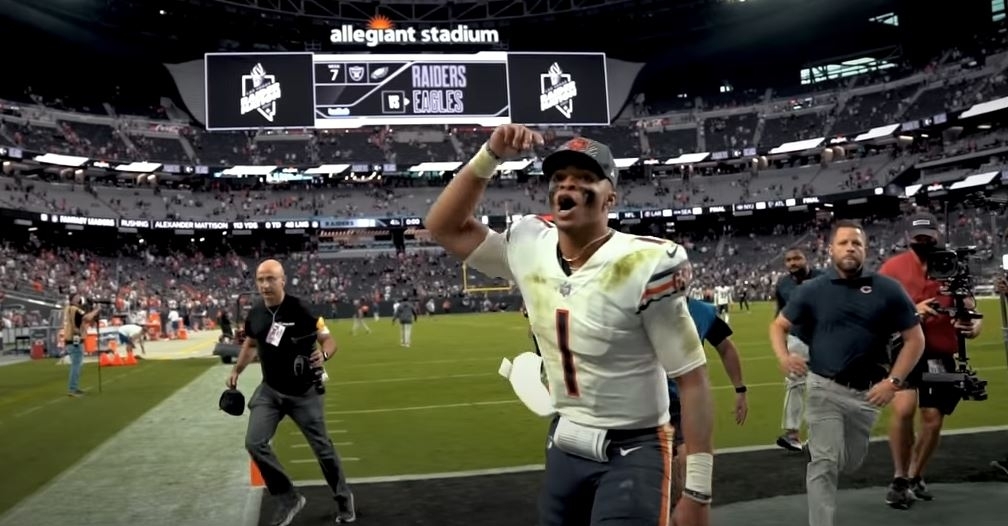 Fields celebrating after the road win

Bears fans should be excited as their team had a solid performance on Sunday as they defeated the Las Vegas Raiders 20-9 showing an efficient offense and a solid defense that was all business.

They have now won two straight games with a current record of 3-2.

Next Sunday, a battle with rival Green Bay for first place in the division will be on the line.

It should be an entertaining game to watch for all NFL fans as two popular teams will battle for bragging right.

Let's not forget about Sunday's win, though, as the Bears released a cinematic highlight reel of the win called 'Victory in Sin City.'

Check it out below: