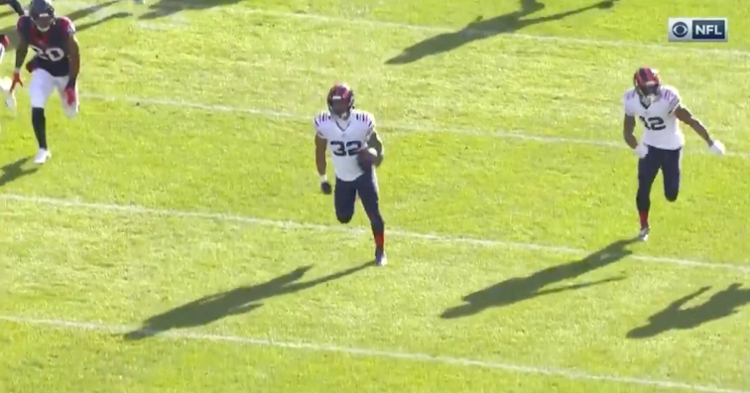 CHICAGO — Chicago Bears running back David Montgomery has come into his own in recent weeks, and he wasted no time making an impact in Week 14. On the Bears' first offensive play of Sunday's contest versus the Houston Texans, he scored an 80-yard touchdown.

Following a Texans punt, Montgomery broke through the line and found plenty of room to run, galloping 80 yards to the house. The touchdown, which marked Montgomery's longest run of the year, came on Chicago's opening play from scrimmage, putting the Bears up 7-0 at Soldier Field.