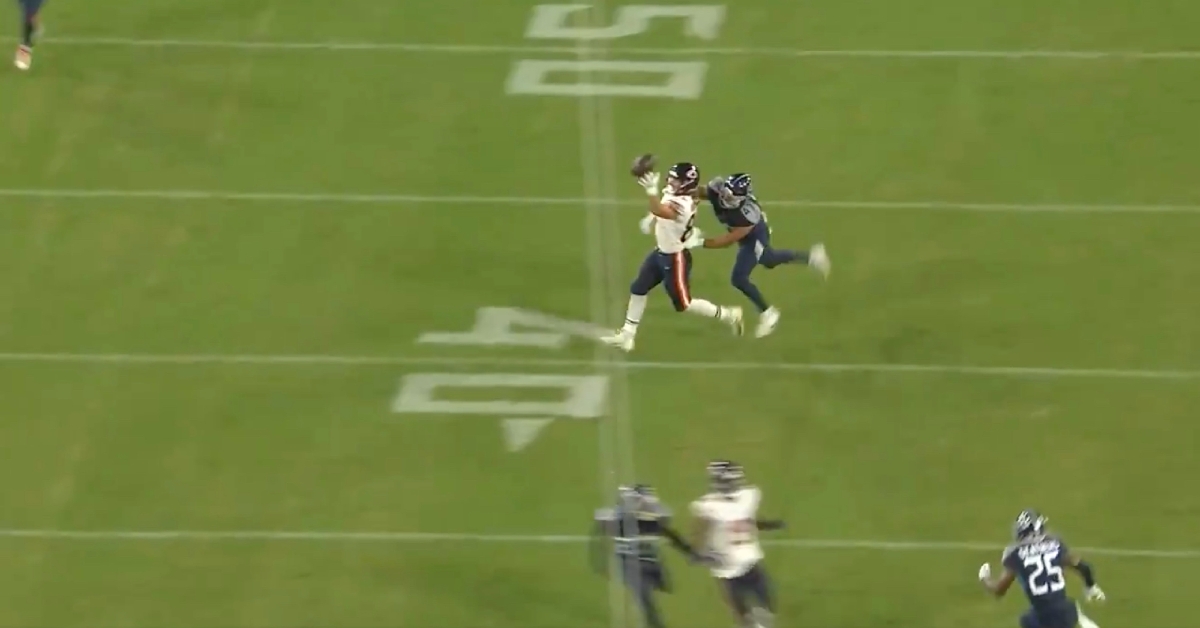 Jesper Horsted hauled in an incredibly difficult catch and found room to run en route to scoring a 54-yard touchdown.

NASHVILLE, Tenn. — The story of Saturday night's preseason contest at Nissan Stadium was the incredible performance by Chicago Bears tight end Jesper Horsted. The third-year pass catcher out of Princeton hauled in his third touchdown reception of the game with 6:51 remaining in the fourth quarter, and it was a doozy that put the Bears up 27-24 over the Tennessee Titans.

Just two snaps after hanging on for a 17-yard catch while absorbing a big hit, Horsted warded off a defender and hauled in a spectacular one-handed grab before barreling his way downfield for a 54-yard score. Quarterback Nick Foles connected with Horsted on a touchdown pass for the second time on the evening.

Foles, who previously completed a six-yard toss to Horsted for a third-quarter score, was facing pressure from defensive end Freedom Akinmoladun when he got the pass off. Akinmoladun was flagged for roughing the passer on the play. Foles went back to Horsted on the ensuing two-point try, but his throw was batted down, keeping the Bears' lead at three.