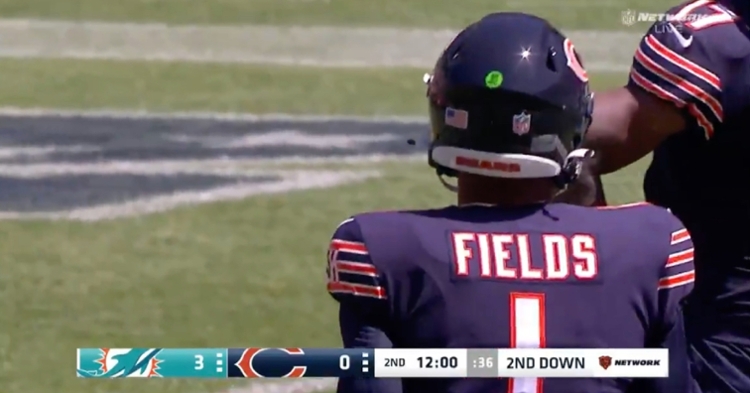 Fans at Soldier Field were pumped up when rookie Bears quarterback Justin Fields took the field for the first time.

CHICAGO — The highly anticipated debut of rookie Chicago Bears quarterback Justin Fields took place on Saturday afternoon, with Fields taking the field in the second quarter of the team's preseason opener against the Miami Dolphins. Cameras caught Andy Dalton, who started the game under center for the Bears, congratulating Fields prior to the rookie taking the field, and the two shared an embrace as Fields warmed up on the sideline.

Fields entered the contest with the Bears trailing 3-0 early in the second quarter and received a rousing ovation from fans in attendance at Soldier Field. The first-round pick and former Ohio State Buckeyes gunslinger completed both of his passes for a combined 10 yards in his first series, but the Bears went three-and-out — due in large part to a pair of false starts — and were forced to punt.

Entering the game at QB for the Bears: Justin Fields