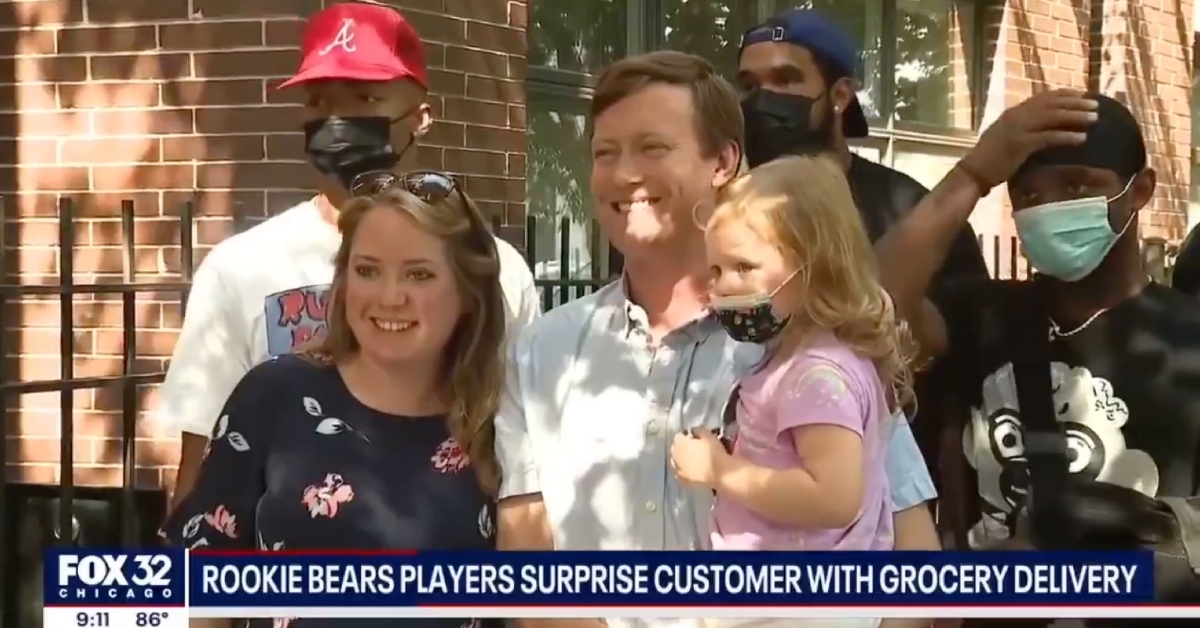 Adam Lindgren and his family were the lucky recipients of a surprise visit from Justin Fields and other Bears rookies.

CHICAGO — One lucky Chicago Bears fan received what he considered to be "one of the more awesome experiences" of his life when quarterback Justin Fields and five other members of the Bears' rookie class delivered his groceries. The unsuspecting fan just happened to place the 2 millionth order using the Gopuff delivery service and was rewarded, via the promotional partnership between the Bears and Gopuff, for the special occasion.

A news crew filmed as the fan, Adam Lindgren of the Humboldt Park neighborhood, was surprised by Fields and the other first-year Bears, who delivered his groceries to him. Lindgren also received an autographed, customized Bears jersey and four tickets to a Bears game. The players posed for pictures with Lindgren and his family, and a highly appreciative Lindgren, who was born and raised in a Chicago, discussed the one-of-a-kind experience with a reporter.