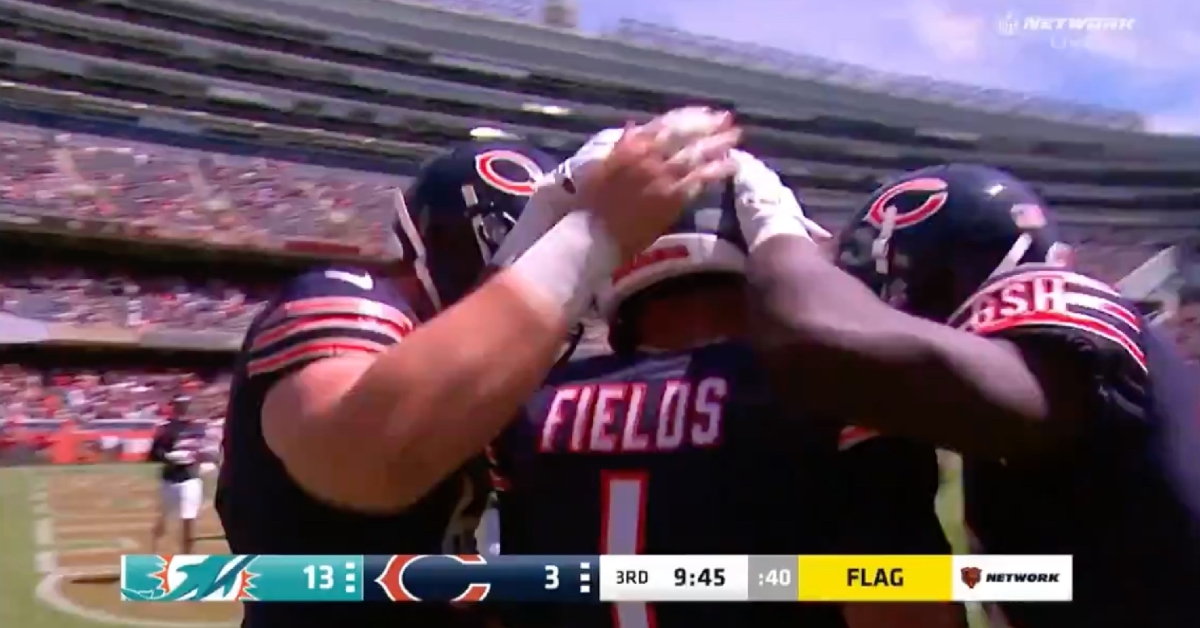 Justin Fields finished off a 77-yard drive with an eight-yard rushing touchdown, his first NFL score.

CHICAGO — Justin Fields showed out on the Chicago Bears' first touchdown drive of Saturday's game, completing several impressive passes while commandeering the 77-yard march down the field. The rookie quarterback punched the pigskin into the end zone on the ground, though, scrambling and running eight yards for a score at Soldier Field.

Fields' first touchdown as a pro, the eight-yard rushing score came with 9:45 left in the third quarter of the preseason contest, making the score 13-10 in favor of the Miami Dolphins. The Dolphins were flagged for holding on the play, but the penalty did not faze Fields, who broke free from a congested pocket and ran it in.