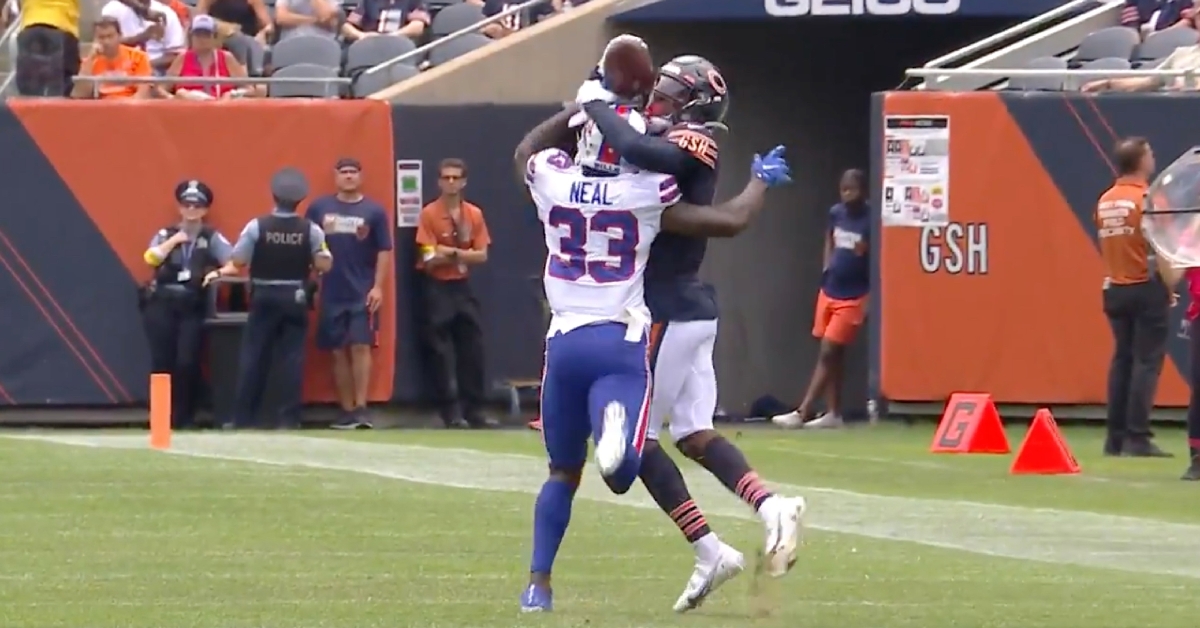 CHICAGO — Putting the Chicago Bears on the scoreboard and giving the Bears' offense life, wide receiver Rodney Adams helped his case for making the 53-man roster by hauling in a spectacular touchdown grab on Saturday. The 73-yard reception trimmed the Buffalo Bills' commanding lead at Soldier Field to 28-6.

While the primary storyline leading up to the preseason contest centered upon whether or not former Bears quarterback Mitchell Trubisky would be booed, Bears quarterback Andy Dalton heard his fair share of boos once fans became disgruntled with the Bears' stale offense in the first half. After getting outshined by Trubisky and the Bills' offense for the entire first half, Dalton teamed up with Adams, who reached around his defender and hauled in a difficult catch midway through the second quarter.

Once he snagged Dalton's deep ball in tight coverage, Adams broke free in the secondary and zoomed into the end zone for a 73-yard score. The ensuing extra point attempt by kicker Cairo Santos was blocked, but the fans in attendance were still assuredly satisfied with Adams providing them with something to cheer about. Adams was congratulated on the sideline by wide receivers coach Mike Furrey, who was fired up over the touchdown.