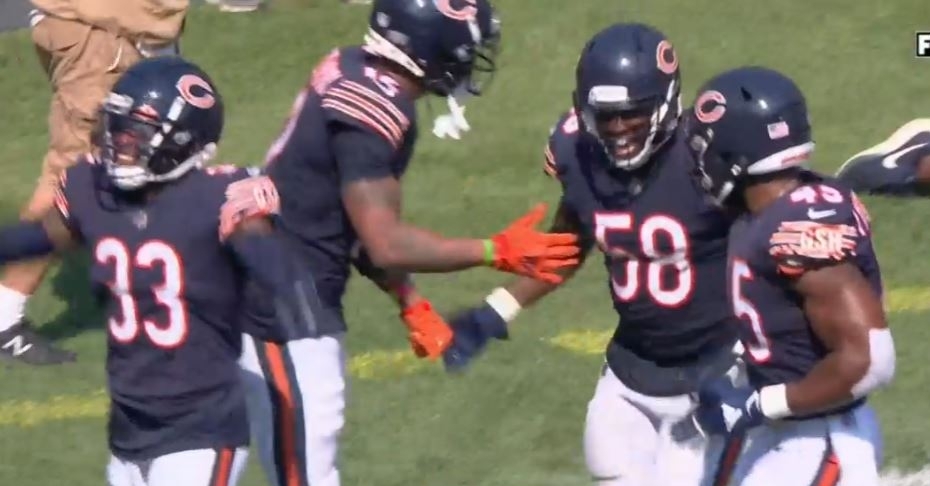 The Bears defense has come to play today.

Standout linebacker Roquan Smith had a pick-six off of Joe Burrow to extend the Bears lead to 17-3 with 10:55 left in the fourth quarter against the Bengals.

It snapped Burrow's 199 pass attempts without an interception which is the longest in the NFL.

The interception return for a touchdown was the first pick-six since Ha Ha Clinton-Dix returned one for 37 yards in 2019 on Monday Night Football according to the Bears.

Check out the play of the game below: