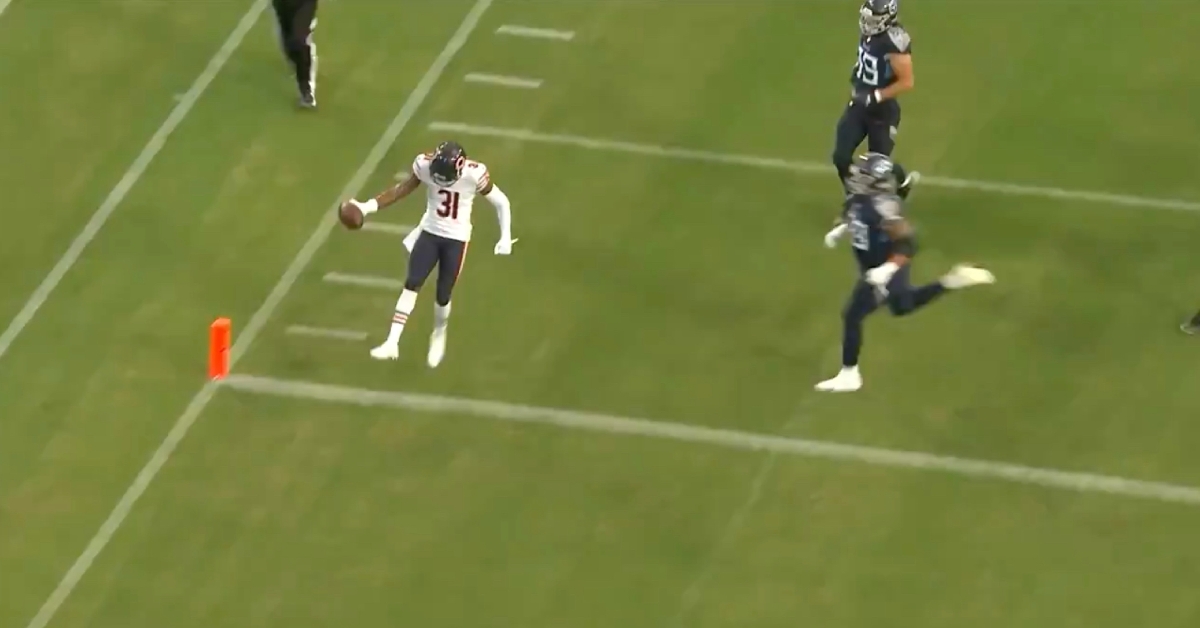 Bears cornerback Tre Roberson ran, untouched, into the end zone after picking off a pass against the Titans.

NASHVILLE, Tenn. — The first touchdown scored against the Tennessee Titans in this year's preseason did not come courtesy of an offensive player. Instead, Chicago Bears cornerback Tre Roberson scored it on a pick-six. Roberson jumped in front of a bad pass from Tennessee Titans quarterback Logan Woodside and returned the ensuing interception 27 yards to the house.

The interception return for a touchdown came with 7:30 remaining in the second quarter on Saturday, making the score 7-7 at Nissan Stadium. Linebacker Trevis Gipson forced the wobbly pass by getting to Woodside on the pass rush. Roberson cruised into the end zone after corralling the interception, the Bears' second turnover of the game. Bears linebacker Danny Trevathan picked off a pass earlier in the evening.