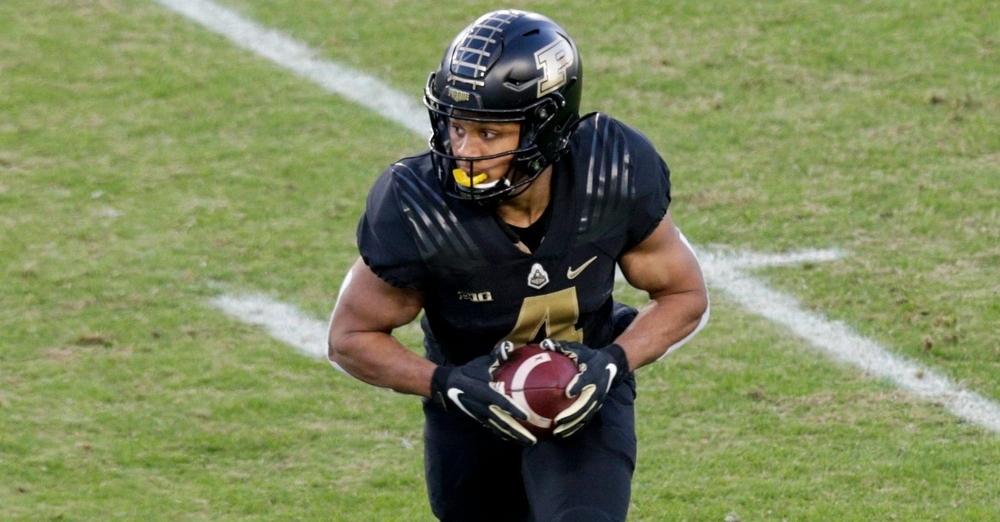 Don't you love this time of year regarding the NFL offseason? As we approach March 17th, the NFL new year's official start, teams are officially 55 days away from the NFL draft. This means that rumors, mock drafts, and many interesting twists will happen from now until that point.

While free agency is fun and all trying to predict where players will sign, the NFL Draft is what takes center stage in the coming months. With that comes a flurry of Mock Drafts as every expert has their opinions about what teams will do. For the Bears, the consensus seems unanimous as everyone has the Bears targeting offensive help with their first pick in the 2021 NFL draft, which at the moment is No. 20.

As much as Bears fans may want a quarterback drafted, I don't see that happening, at least not in the first or second round. Instead, most experts feel the Bears will be targeting offensive line first, with Christian Darrisaw and Teven Jenkins as the two names most mentioned at that spot. Both are proven offensive tackles who are big and strong, and both will make the offensively instantly better.

However, some experts feel the Bears will focus on other areas of the offense to utilize their talent fully. One of those areas is at wide receiver, where suddenly Rondale Moore from Purdue is mentioned as an option at 20. With Allen Robinson still a question for the future, Chicago may be in the market for a wide receiver to fill his void. Even if Robinson is back, Chicago could still use another playmaker outside, and Moore could be the guy for them.

With Darnell Mooney and hopefully Robinson back on the outside, Moore would be viewed as a slot receiver, pushing Anthony Miller to the NO. 4 spot. Over his past three seasons with the Boilermakers, Moore not only maintained his speed after contact but did so at the highest rate of any receiver in the FBS. That means not only is he fast, but he is physical too. Both go a long way in the NFL.

I would do unholy things to get Rondale Moore on the #Bears.

He’s such a quick-twitched athlete with elite YAC ability and crispness as a route runner. I’d do cartwheels if they took him in Round 2. pic.twitter.com/T0unc8RrNj

At just 5-9 and 175 pounds, there is no way Moore would ever be used on the outside. However, when you look at some of the better slot receivers with Percy Harvin, Wes Welker, and others, Moore lines up perfectly with them in terms of size and even speed.

Moore has been an NFL-caliber prospect since the day he arrived at Purdue. One of the more heavily recruited receivers in the 2018 class, Moore was the NO. 1 ranked receiver in Kentucky and chose Purdue over some heavily favored schools. Initially a Texas commit, Moore decided to flip to Purdue after Jeff Brohm became head coach.

As a freshman, Moore burst onto the scene, putting up incredible numbers. He not only hauled in 114 catches but tallied 1258 yards to go with 12 touchdowns. That kind of production had scouts talking early, but no one expected to see what came next. Across his next two seasons, Moore dealt with his fair share of injuries which limited his production. He caught a total of 55 passes for 653 yards and just two scores the past two seasons.

The production the past two seasons isn't great, but injuries happen, and it is part of the game. There is no denying what he can do when healthy, and that alone is why people have him so highly rated in this year's class. The problem is, Moore has tons of red flags that I would caution the Bears about.

For starters, as a slot receiver and smaller sized one for that matter, scouts question his ability to win down the field in tight coverage. Nearly 93% of his yards in college came after the catch, and that number will go way down in the pros. Moore hasn't proven he can consistently get off tight coverage, and when you add in the recent injuries, he certainly has a few red flags.

Even with those issues, Moore is the type of playmaker many teams will take a chance on. Although he doesn't have elite speed, he does have good speed. Pair that with his elusiveness in the open field, and he will continue to gain high YAC in the NFL, just not at the level he did in college. He knows he is limited to a slot receiver, and that is ok.

He isn't a proven deep threat by any means, but he is excellent with the ball in his hands. For a team that needs more playmakers on offense, having a guy like Moore would greatly help. The question is how they use him to reach his full potential.