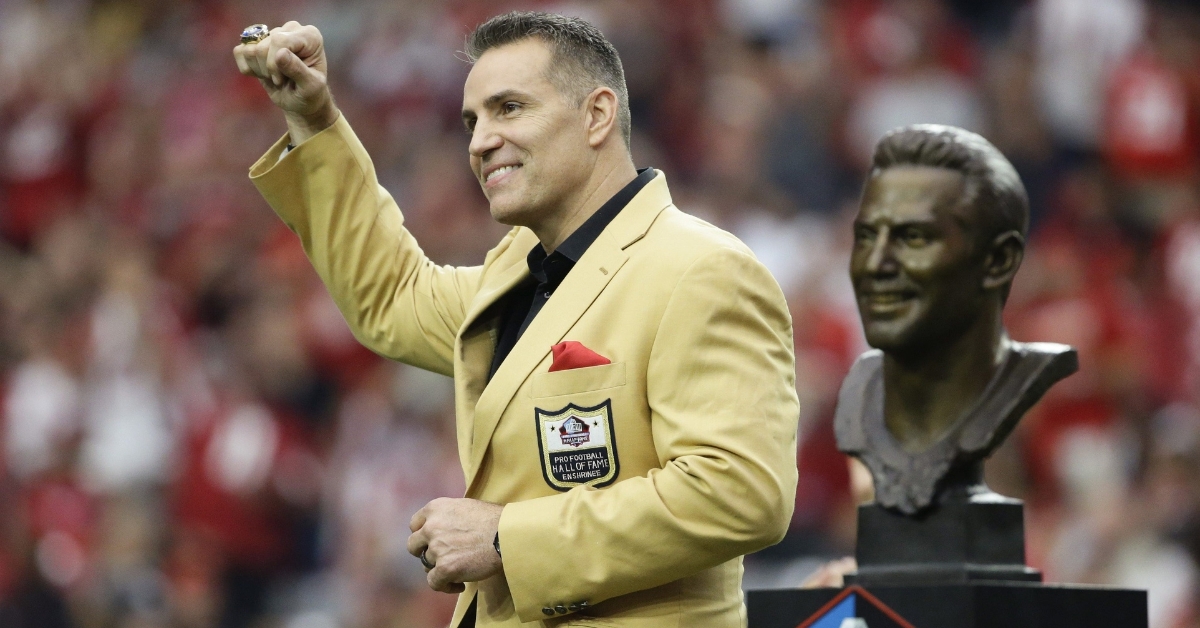 The Chicago Bears almost had Hall of Famer Kurt Warner as their signal-caller.

However, a bug bite changed the trajectory of his football career as well as the Bears.

Warner was recently on Barstool Sports Podcast "Pardon My Take" and revealed that he bailed on the Bears three times with legit excuses and didn't get to work out for them back in 1998.

“So I’m playing Arena Football and obviously I’m waiting for my chance. So the Bears call me and said, ‘Hey, we want to bring you in for a workout.’ As soon as I get off the phone, I go running into my wife and I’m like, ‘Honey, the Bears, they’re bringing me in for a workout this Friday. I’m flying, I’m going right now.’ And my wife just kind of gave me this look and I’m like, ‘What’s the problem here? Why are you not excited for me? We’ve been working for this forever.’ And she goes, ‘Dude, we’re getting married on Saturday.’ Blew off my whole wedding, didn’t even think about it because I just wanted to work out for the Bears. So I had to call the Bears back and say, ‘OK, sorry, I know it sounds stupid, but forgot all about my wedding. I can’t work out this Friday, but any other time.’”

Warner had more bad luck with the Bears with a bizarre bug bite on his elbow.

“The night before we left, I woke up the next morning and my throwing elbow was swollen about the size of a grapefruit,” he continued. “To this day, we still don’t know what it was that bit me. They said it was maybe a centipede or a spider. They really don’t know. Of course, I had to call the Bears back again and go, ‘OK. You’re not going to believe this. Yes, the first time it was my wedding, the second time it was my honeymoon. And now, I got bit on my throwing elbow by something in Jamaica,'” Warner said. “And you can only imagine what was going on on the other end of the line, going, ‘Who is this dude? Like, we’re trying to give him a chance to make it in the NFL and this is what he comes up with three times?’

Warner eventually had a workout with the Rams, and the rest is history.

“And so, basically, after that, they hung up and they never called back and I never got the workout. And then about two weeks later is when I got the call from the Rams and flew in and did the workout and they ended up signing me.”

Warner finished his career with 32,344 passing yards and 208 touchdowns along with being a two-time MVP and four-time Pro-Bowler.

The reason @kurt13warner's career never made a stop in Chicago is very unfortunate for Bears fans. pic.twitter.com/P8lxRDJDAQ