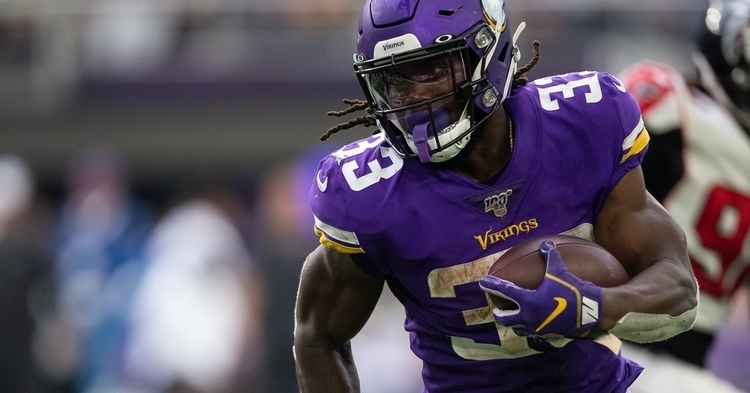 On Monday night, the Bears host the Minnesota Vikings in a game that the Bears are desperate to take and get back into the win column.

Of course, there is the obvious, the Minnesota Vikings have not beaten the Bears since Matt Nagy took over as head coach. Another obvious, Kirk Cousins has been historically terrible as a quarterback in prime time, especially on Monday Night Football games.

But there is also one glaring thing that many people have overlooked as the Vikings are playing great football as of late.

Recently, the Vikings have rattled off back to back wins against NFC North teams — including an upset of the Packers in Lambeau.

The Vikings also have one-point losses to the Titans and Seahawks and have been dominant with their strong run game.

Dalvin Cook has over 450 total yards and six touchdowns in his last two games and leads the league in rushing despite missing a game and a half due to injury.

Dalvin Cook is 6th player in NFL history and the 1st since Emmitt Smith in 1994 with a Rush TD in each of his first 7 games of a season.

Obviously, the key to the Bears winning this game is correcting some of their offensive mistakes and becoming more efficient on the offensive end.

Nick Foles and the Bears offense need to establish the run, limit penalties and push the ball down the field — something that has been easy for offenses to do against the Vikings, who have given up 20 or more points in every game this season.

But the other X-factor for this Bears team will be slowing down Dalvin Cook.

The Bears have allowed over 100 yards to a rusher just once this season. The defense was shredded by the Rams run game with two runners over 50 yards.

But the last two weeks, the Bears have held the excellent runners of Alvin Kamara and Derrick Henry to under 70 yards.

Holding Dalvin Cook below 100 yards is a huge goal for this team. The Vikings are 3-1 in games where Cook has run over 100 yards and 0-4 in every other game.

Obviously, the Bears offense is the focal point and difference-maker for the Bears to grab the Monday night win. However, an x-factor is holding Dalvin Cook below 100 yards rushing — it could do a lot to push the Bears toward their sixth win.

Kirk Cousins is 0-3 against the Bears since joining the Vikings. Offense has not exactly clicked.

Dalvin Cook has a TOTAL of 86 yards on 34 carries in those games.

Tonight should be fun!!! pic.twitter.com/JMpdW0JYq0

How can #DaBears win tonight?