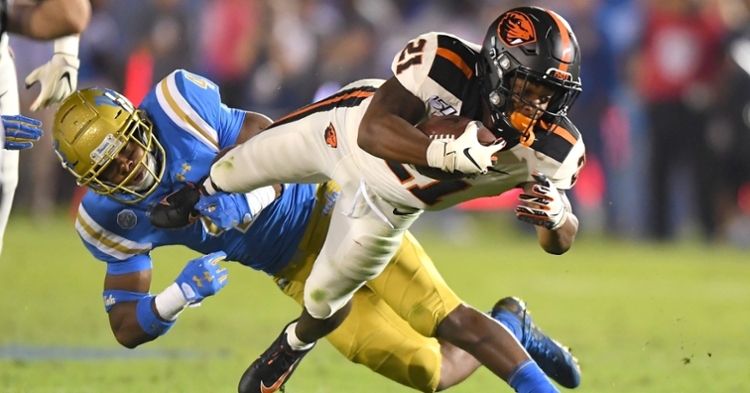 The Chicago Bears announced on Sunday that they have activated running back Artavis Pierce from the restricted/COVI-19 list and waived running back Napoleon Maxwell to make roster space.

Pierce is an undrafted rookie from Oregon State and had 366 rushes for 2,127 yards and 15 touchdowns and 74 receptions for 578 yards and two touchdowns in 44 games during his four-year college career.

He has the chance to be a third team back on the Bears behind David Montgomery and Tarik Cohen. He also has some kick returning skills if the team decides to go that route.

Maxwell was an undrafted free agent running back.