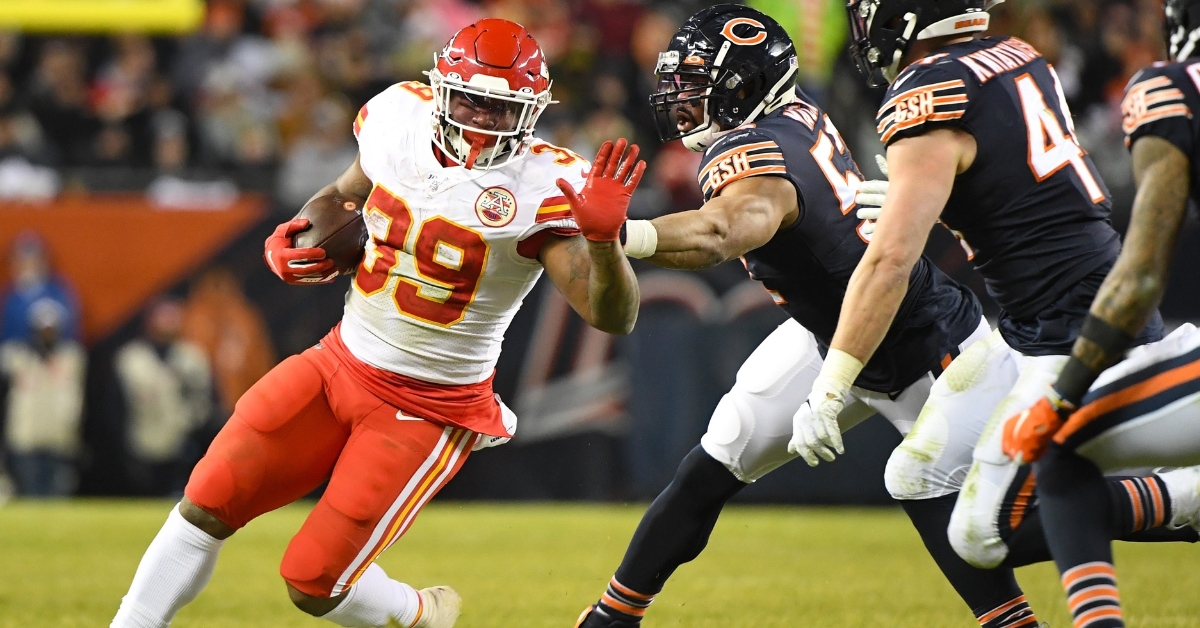 It took long enough for the Bears rushing attack to get going, but lately, it's going. After months of struggling to run the football, David Montgomery starts to come into his own and shows why the Bears and a lot of other GM's thought so highly of him.

Before Tarik Cohen getting injured in week three, the Bears were running the football well. Once he went down, things went south not just in the rushing game but offensively overall. The Bears tried to add outside help earlier by signing Lamar Miller to the practice squad. However, that move never materialized as Miller saw action in just two games and is now with another organization.

Well, as of Tuesday, it appears the Bears are once again adding running back help to the practice squad, and it is someone Matt Nagy is very familiar with. Former Seattle Seahawk and Kansas City Chief Spencer Ware is on his way to the Windy City and will be added to the Bears practice squad roster.

The 29-year-old has been a reliable backup for numerous seasons but hasn't been on the field since late 2019 after suffering a season-ending shoulder injury. Throughout his career, Ware has made 19 starts and has seen plenty of action playing in a total of 43 games, with some of those coming with Nagy in Kansas City.

Although mostly a backup, his best season came in 2015 with the Chiefs, where he played in 14 games. Most of those games were starts, and Ware nearly rushed for 1000 yards that season, finishing with 921. That was the beginning of what turned out to be an excellent stretch for Ware as he went on to rush for 1570 yards on 337 carries averaging nearly 5.0 yards per carry. Across those 38 games, Ware also accounted for 11 touchdowns, so there was plenty of production there.

Ware was one of those players that had all the tools to be a great running back. Instead, just when you thought he was about to become the focal point of the Chiefs rushing attack, it never materialized as guys like Jamal Charles and others took hold of the reigns. He instead fell into a reserve role but was an excellent reserve at that.

Right now, the Bears are content with Cordarrelle Patterson holding down the reserve role in Chicago while Cohen heals from his torn ACL. The fact is, Patterson is limited in the rushing game, and if the Bears do make the postseason, they will need more help in the backfield. That is why this Ware signing is intriguing and could be quite valuable not only this season but also next season.

Ware is someone who will come in knowing his place on the team. He would slide into the reserve role behind Montgomery and will share carries, although minimal. Much like Cohen, Ware is a scatback who can run the ball between the tackles and catch passes. He thrived in KC under Nagy and Andy Reid, so Nagy will undoubtedly know what to do with him.