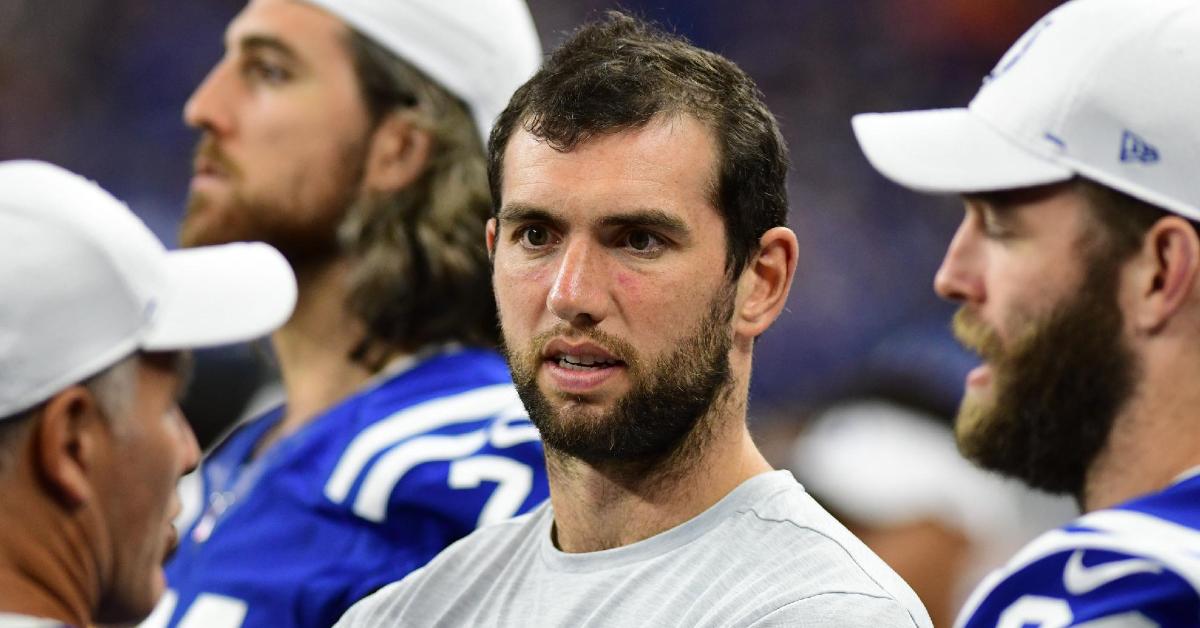 In the midst of the preseason clash between the Bears and the Colts, it was reported that Andrew Luck was planning to retire. (Credit: Thomas J. Russo-USA TODAY Sports)

INDIANAPOLIS — On a Saturday night at Lucas Oil Stadium that will be remembered by the shocking retirement of Indianapolis Colts (0-3) quarterback Andrew Luck, a preseason game was played. While the preseason contest was completely overshadowed by Luck's retirement, which, in unprecedented fashion, was reported with Luck standing on the sideline in the midst of the game, the Chicago Bears (1-2) collected their first win of the preseason. The Bears won 27-17, with a 91-yard interception return by safety Deon Bush highlighting the Bears' victory.

Luck, who has been dealing with injuries to his ankle and calf in recent weeks, was inactive on the evening, but he remained on the sideline in street clothes throughout the contest before announcing his retirement in a postgame press conference. For the Bears, quarterback Mitch Trubisky did not see the field, either, as he was rested, along with several other prominent Bears, for the Week 3 preseason matchup. Instead, Tyler Bray took most of the snaps under center for the Bears and went 11-for-16 for 136 yards while throwing a touchdown and an interception.

The highlight of the night for the Bears came on the defensive side of the ball, though, as Bush ripped a pass out of the hands of a Colts receiver while falling to the ground and, after getting back to his feet, raced for a 91-yard touchdown return. The defensive score occurred at the 9:13 mark of the second quarter, and it put the Bears on the scoreboard. In the first quarter, the Colts took a 10-0 lead, and Bush's pick-six cut Chicago's deficit down to three points.

With 3:52 left to play in the second quarter, Colts wideout Deon Cain caught a 46-yard touchdown pass from Chad Kelly, who started at quarterback for the Colts. On the ensuing possession, the Bears drove into field-goal range, with the drive being capped off by a successful 21-yard kick from Eddy Pineiro. By going 2-for-2 on field goals and 3-for-3 on extra points, Pineiro might have assured himself of winning the job as the Bears' starting kicker, especially since he nailed a 58-yarder in the third quarter.

Pineiro's 58-yard kick made the score 17-13 in favor of the Colts, and a strip sack later in the quarter resulted in the Bears taking the lead for the first time. Bears linebacker James Vaughters sacked Colts quarterback Phillip Walker and forced a fumble in the process. Fellow Chicago linebacker Joel Iyiegbuniwe recovered the loose ball and returned it 22 yards to the house. The Bears went on to garner some breathing room when Bray connected with tight end Jesper Horsted for a 17-yard touchdown midway through the fourth quarter.

The 27-17 win by the Bears saw Chicago running back Ryan Nall break free for a 69-yard run as part of his 73-yard rushing performance. Additionally, Bears linebacker Jameer Thurman led all defenders with eight tackles. On the injury front, Bears offensive tackle T.J. Clemmings was carted off the field due to a leg injury. Also of note, the game marked the return of Bears defensive coordinator Chuck Pagano to his old stomping grounds, as he previously served as the Colts' head coach from 2012 to 2017.