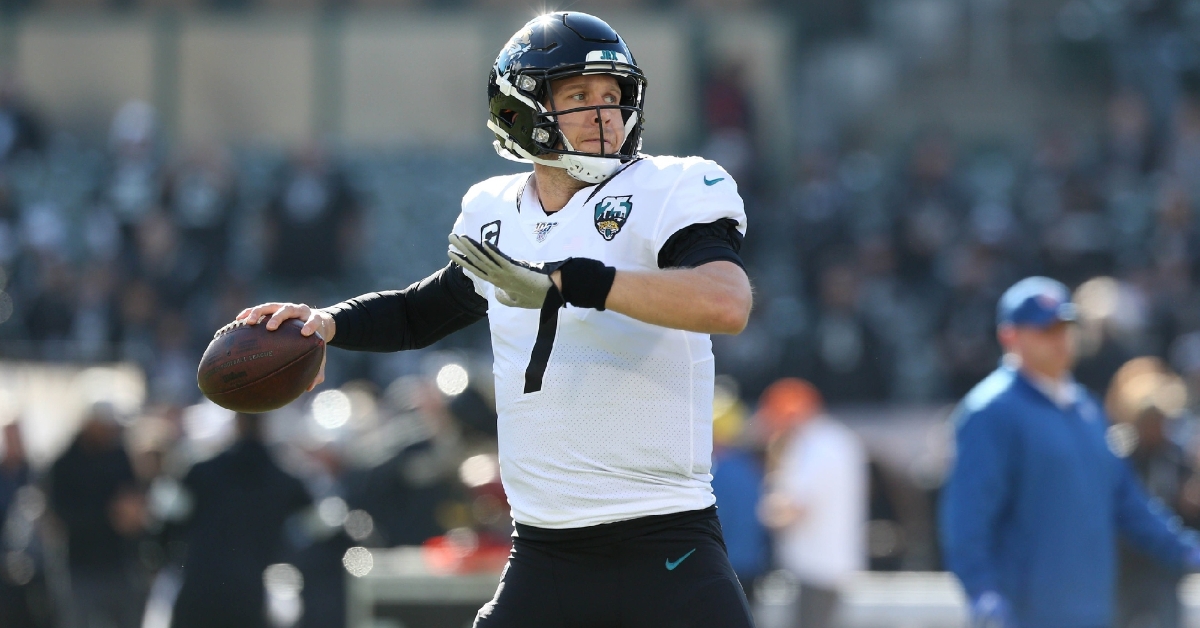 The Mitch Trubisky era might be coming to an end in the Windy City.

The Chicago Bears are making a huge move as they have traded for veteran quarterback Nick Foles in exchange for a compensatory fourth-round pick (#140 overall). This gives the Jaguars an impressive 12 picks in the upcoming NFL draft.

The Bears will have to take on the final three years of Foles' contract worth an estimated $50 million. The other quarterback that the Bears had seriously contemplated reportedly was Andy Dalton.

Nagy and Foles have worked together in 2016 with the Kansas City Chiefs and it now appears that signal-caller Mitch Trubisky has serious competition in the quarterback room in Chicago.

He originally signed a four-year $88 million with $50 million guaranteed as an unrestricted free agent in 2019 with the Jaguars.

In 2019, he completed 77 out of 117 passes for three touchdowns and two interceptions.

Nick Foles already has restructred his contract with the Bears, per source. He still has three years left, still has $21 million guaranteed left, but Foles now has the ability to void the deal after either of the first two years depending on his performance. Deal includes upside.

QB play is about talent, yeah. But it is also about fit. Relationships. Chemistry. Comfort. Nick Foles is all of that for Matt Nagy. I love the move. Now they have a real chance to make some noise!

TRADE: The Bears are making a move for Jaguars QB Nick Foles. (via multiple reports) pic.twitter.com/wSAjBZKJcq