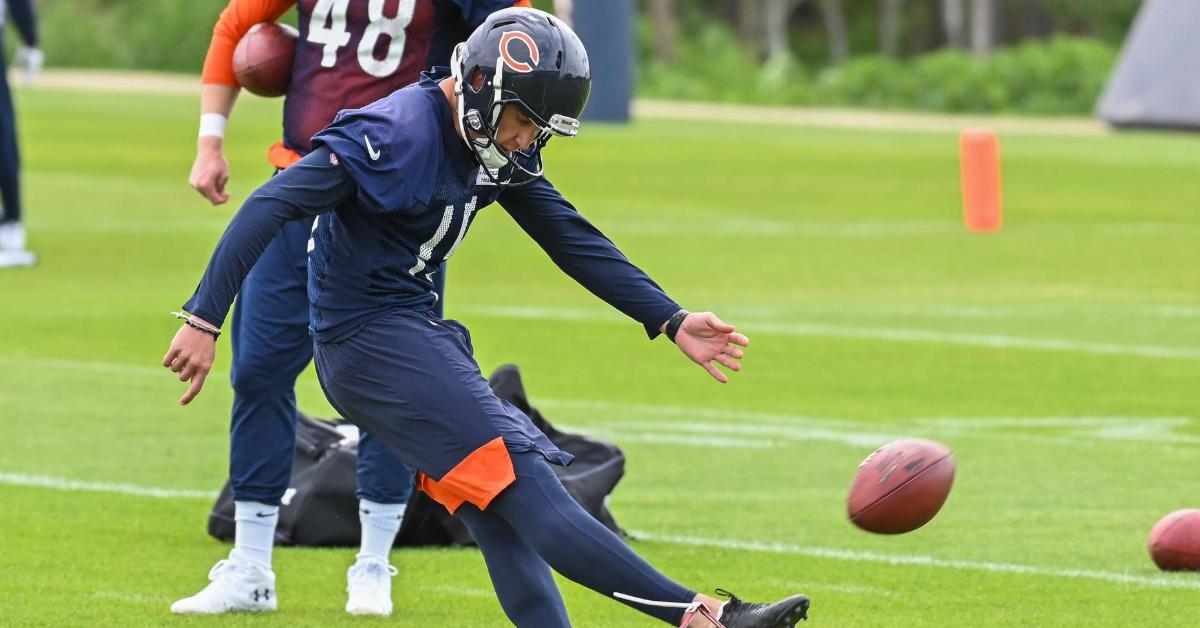 The next installment of season projections comes from the least appreciated area which happened to be the Bears demise last season. Yes, I am talking about special teams and had the Bears had anyone other than Cody Parkey in the playoffs, not only would they have been in the Divisional round in my opinion but quite possibly the NFC championship as the kicking game was their Achilles heel all season.

Ever since Robbie Gould was non-tendered and bolted for San Francisco, the Bears have not had a trusty kicker that they feel confident enough in with the game on the line. It seemed as if Parkey was going to be that guy until a mid-season slump had the Bears scrambling for answers. After figuring it out during the final month of the season, Parkey’s bugaboo popped back up with the game on the line in the playoffs as his double doink miss will be what he's remembered for in Chicago. Here is what the Special team’s area looks like for the season.

LONG SNAPPER: Patrick Scales: This is one of the most if not the most underappreciated positions on the team as this is the only thing they do. If not for a long snapper that can get the ball to both the punter and holder accurately, the kicking game would be drastically different with many more misses taking place. For the Bears, Scales has been part of their organization since 2015 but has only played in 23 games during that time.

After battling through several injury-filled seasons, Scales continued to sign one-year deals with the Bears and signed another for this season. If he stays healthy, he will be the long snapper for this team, which is a good thing moving forward since he will have familiarity with almost the entire kicking game.

PUNTER: PAT O’Donnell: O’Donnell has been one of the games most consistent and best punters over the past five seasons and the Bears are hoping that continues in 2019. The former sixth-round pick has netted a career average of 44.9 yards per punt which ranks him in the top 10 among active punters.

His ability to flip field position not only helps his offense but the defense also as they can pin their opponents even further back. O’Donnell will continue to average close to 60 punts this season as the offense figures to be a work in progress but expect good numbers from him yet again.

KICKER: EDDY PINERO: Parkey couldn’t have kicked himself out of Chicago any faster last season, and he did so in a dramatic way. That forced the Bears to make a change in their kicking game and in comes Pinero. After signing with the Raiders as an undrafted Free agent, Pinero was placed on injured reserve Sept 1 without having a chance to kick in the regular season.

That hasn’t turned teams away from him, however, as the Bears traded for him in May in hopes he can revitalize the organizations biggest flaw last season. No one is expecting him to come in and be the next Gould. However, if his college numbers are any indication, Bears fans should be excited.

He finished his career 38-43 in field goals (88.4%) including an impressive 17-18 his final season with Florida. He also was perfect on extra points, but that is from 19 yards at the college level. What he needs to bring to the table is confidence late in the game that he can make any kick he is called to make. That is something Parkey made down the stretch, and it showed in the postseason.

Prediction: 28-34 FG. 27-28 EP. I expect Pinero to perform admirably in his first season in Chicago giving them a kicker they can trust through at least this season. Given some of the weather conditions, he will see in the Windy City, expect him to struggle at home in certain situations as the weather in Florida was much more ideal. If the offense can move the ball a fair amount, I don’t see him needing to boot too many 50 plus yarders, but the leg is there if needed.

Returners: As of right now, this unit is so wide open as several players can earn this role. Tarik Cohen used to be a good choice, but with him taking over as full-time back that seems to be less logical now than ever. If I had to guess one name in the return game, I would say Taylor Gabriel is an excellent choice given his speed and ability to make people miss in the open field.