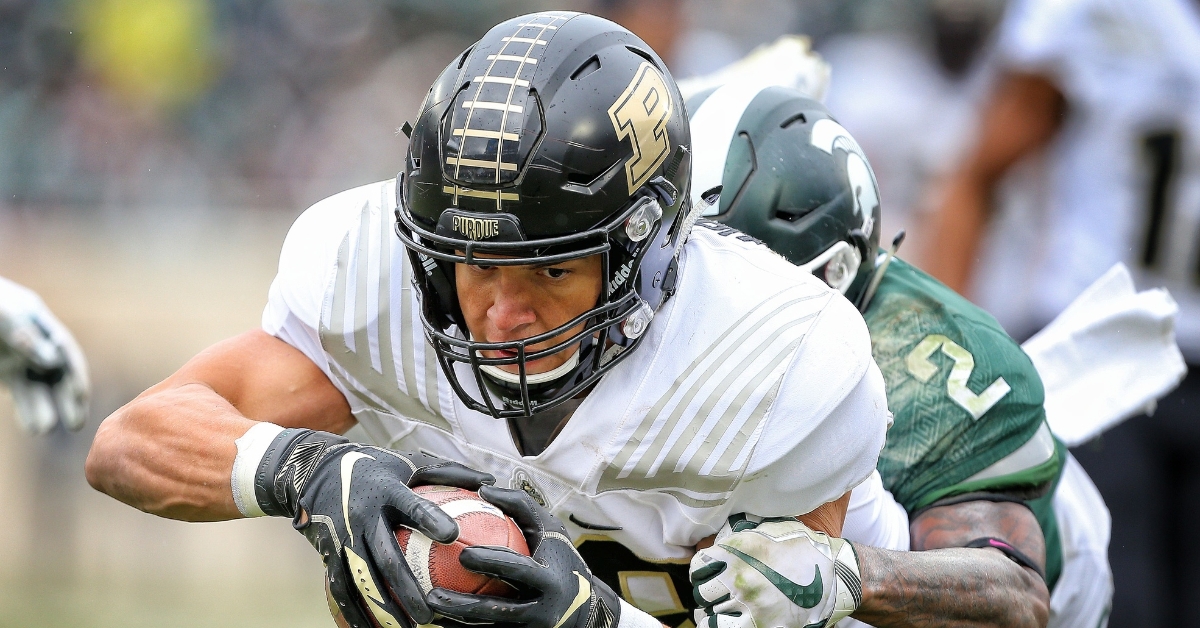 Unless you’re in the Superbowl this weekend, there isn’t a whole lot of football talk going on right now. That cannot be said for the Bears as they have been very active this offseason with a complete overhaul of their offensive coaching staff and recently signing the top CFL cornerback to a multi-year deal.

Even with all those moving parts taking center stage as of late, the Bears still have plenty of work to do on this roster as we are still about a month away from the heart of the off-season process. However, that doesn’t deter the team from talking to players that they think will be good fits with this system moving forward, and that is precisely what the Bears were doing at the Senior Bowl last week.

Earlier this month, I wrote a story about Eric Ebron and his possible fit in Chicago. Given that the Bears are seeking more production from the TE position, it would seem like a match made in heaven for both sides if the money is right. However, the Bears can’t put all their money into one basket in case Ebron elects to sign somewhere else, so Chicago has been scouring the Senior Bowl talking to several TE prospects.

Two TE’s appear to be on the list for Chicago in those of Purdue Universities Brycen Hopkins and Jared Pinkney from Vanderbilt. Both not only confirmed meeting with the Bears for the Senior Bowl, but Pinkney talked to them for over 30 minutes, which is a very long discussion this early in the process.

Starting with Hopkins, who played his college ball a few hours away from Chicago at Purdue University in West Lafayette, Indiana. It was for the Boilermakers where Hopkins was a pass-catching machine concluded by a monster 2019 season in which he caught 61 passes for 830 yards and seven touchdowns. That not only landed him on the All Big-Ten team, but he was also awarded the TE of the year award in the conference.

Viewed as a day two draft prospect, for now, Hopkins is certainly a candidate for a team looking for a primary receiving target from the TE position. Hopkins has excellent hands and can create explosive plays up the seam or after the catch, which is something the Bears have lacked in recent seasons. Hopkins is the perfect fit for what Chicago likes to do offensively and should be around in the second round or early third round in this year’s draft.

Pinkney is a different story as his numbers were nowhere near what Hopkins put up. After a very solid first three seasons with the Commodores, Pinkney had a down senior season hauling in just 20 catches for 233 yards and a pair of touchdowns. Despite his less than normal production, he was still able to grade out as a top TE prospect this spring and was rated the No. 1 overall TE as recently as October.

Back in August, Pinkney was even regarded as a first-round talent as he was viewed as the 22nd best overall prospect at that time. Again, this was all before his senior season took place, but that still hasn’t seemed to affect his current draft stock to this point.

Pinkney has passed the eye test in terms of what scouts look for in TE products. He possesses massive size, solid muscular frame, and the physical traits that all TE’s need to be successful. This is something the Bears certainly could use at this position as the physicality from that group continues to lack.

The Bears certainly have a TE problem, and with the uncertain future of Trey Burton, the problem is getting that much worse. When a team that has the problem that the Bears do with the TE position, addressing it through the draft is often the best and most efficient way to go. Ideally, I still like the Bears pursuing Ebron as a possible replacement, but the money might be a little high for them to take a chance on him.

With that thought crossing my mind, it is good to see the Bears actively engaged in talks with some of the incoming TE prospects, especially when both guys are regarded as some of the best in this year’s draft. As much as I would like to think that one of these men will fall to Chicago, I have a feeling this is just the beginning in terms of whom the Bears will be targeting come draft weekend.