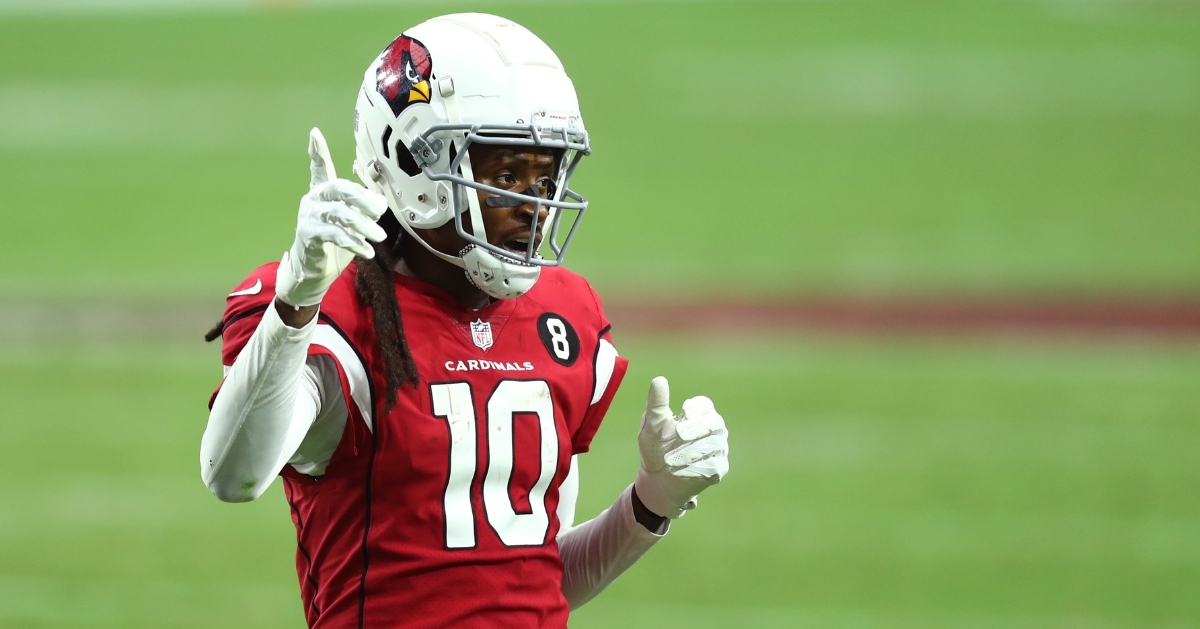 Not your normal drive to work.

Arizona Cardinals receiver DeAndre Hopkins made national news on Sunday as he was seen giving a double bird to a driver during a pro-Trump caravan near State Farm Stadium.

Hopkins was interviewed today by CBS Sports' "All Things Covered' podcast with Patrick Peterson and Bryant McFadden as he explained what happened.

"Driving on the highway, I guess I got in between a train, or a bunch of cars, that I wasn't supposed to be in between in my car, and they were honking the horn at me to tell me to get out of their way," he said. "I didn't, and the guy in front of me stepped on his breaks, and he tried to stop dead in traffic, and I got around him, and I stuck him a birdie."

Hopkins was surprised someone was trying to wreck his black Ferrari.

"I really was about to do a peace sign to them, but this finger was kind of hurting, so it ain't make it up in time. It was like, damn dude, you're trying to step on breaks in dead traffic because I'm in your guys' train and whatnot trying to go to work?"

Once Hopkins made it to the game on Sunday, he had an impressive 10 catches for 103 yards and a touchdown in the 37-34 overtime win against the Seahawks.

"I really was about to give the peace sign to them, but this finger was kinda hurting so it didn't make it up in time..."

You have to hear @DeAndreHopkins side of the story about what happened on the way to the game the other night...