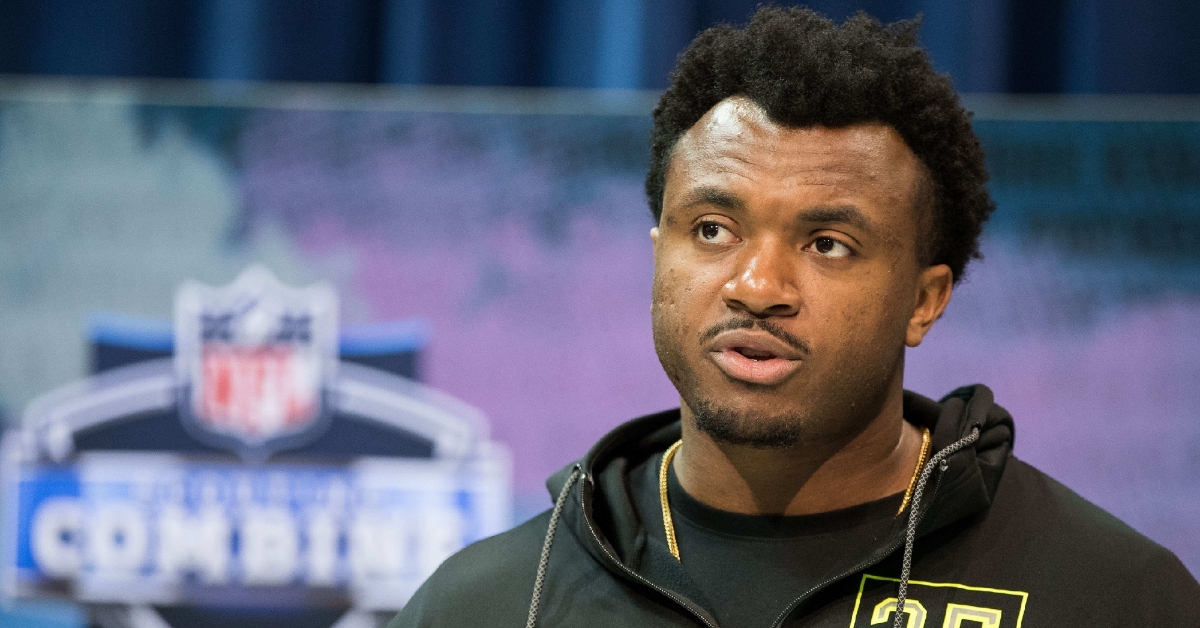 We are on Draft night eve as the 2020 NFL draft is set to begin tomorrow night. By now, everyone should be familiar with what picks the Bears have and who the Bears are looking at taking. The problem everyone still has is where do some of these pieces fit on the roster and exactly how important they feel specific positions are over others.

One of the most overlooked and under-appreciated positions on a football team is that of the offensive line, and from what we saw last year, it needs to be improved for the Bears to getter better offensively. One way to dramatically improve that unit would be by drafting USC offensive tackle Austin Jackson, although the Bears may need to move up to do just that.

The former trojan is a big man, standing at 6-5 322 pounds, but he is graded out across the board when looking at other tackles. Jackson ranks as high as No. 5 in some draft boards, but as low as 13th best tackle in others, leaving it a mystery as to where he will fall. The lower the ranking, the better for the Bears as they may send him to the second round, which the Bears would be foolish to pass on him at that point.

Jackson starter all 13 games for USC this season and was pivotal on their offensive line protecting the QB and getting the offense moving. He also showed versatility on special teams where he managed to block a field goal this season too. For his career, Jackson played in 39 games (25 starts) with the Trojans and picked up two blocked field goals to go with his offensive line blocking abilities.

Not only did Jackson earn first-team All-Pac 12 this season, but he received All-American Honorable mention status as well, which has me baffled that any draft ranking has him lower than the top 10 for his position. The thing that stands out the most when you watch film on Jackson is his overall athletic ability for his size as a tackle. His athletic ability and talented play hasn’t even scratched the surface yet, and he is waiting for someone to mold him into his full potential as a player.

When NFL analysts talk about Jackson, they see him as the perfect fit in Chicago, given what new Offensive Line coach Luis Castillo likes to have on his team. We all know the Bears offensive line was a mess in 2019, despite having several guys play together for 12 games in a row. A group that was supposed to be in the top 10 after an impressive 2018 fell apart in every which way as injuries, and failure to adapt to new positions crippled the promising Bears last season, leaving them with more questions than answers this year.

Those reasons are precisely why the Bears not only need to take Jackson if available but need to invest in O line help going forward this season. Jackson not only has size and athleticism but has a unique skill set for the tackle position as projects to be a long-term solution for any team willing to mold his raw talent. What makes him a player that could be taken across the first two rounds happens to be his positional flexibility and the ability to make the transition to different positions and play solidly each time. That is undoubtedly something the Bears needed last year.

Jackson is not just a one scheme player that needs to go to a particular offensive style. He is a scheme-diverse player who can play either tackle position, or cold even move inside to guard if he puts on a few more pounds to build up some strength. If that is the case, Jackson may have a better chance at starting at a guard position sooner, rather than tackle position out the gates. Either way, the Bears would have someone they could do a lot with that will help their offense in many ways.

Should Chicago indeed find a way to select Jackson, I would not be surprised to see him move to guard, considering the Bears have two starting tackles already under contract. This has happened before as hall of fame tackle Jonathan Ogden was drafted as a guard before moving to tackle with the Ravens. Regardless of anyone’s plans at this point, I view Jackson as a late first early second-round talent that will be lucky to slip past pick 40. If he is indeed around at 43, that must be the Bears selection as they would get one of the biggest steals in the draft to that point.