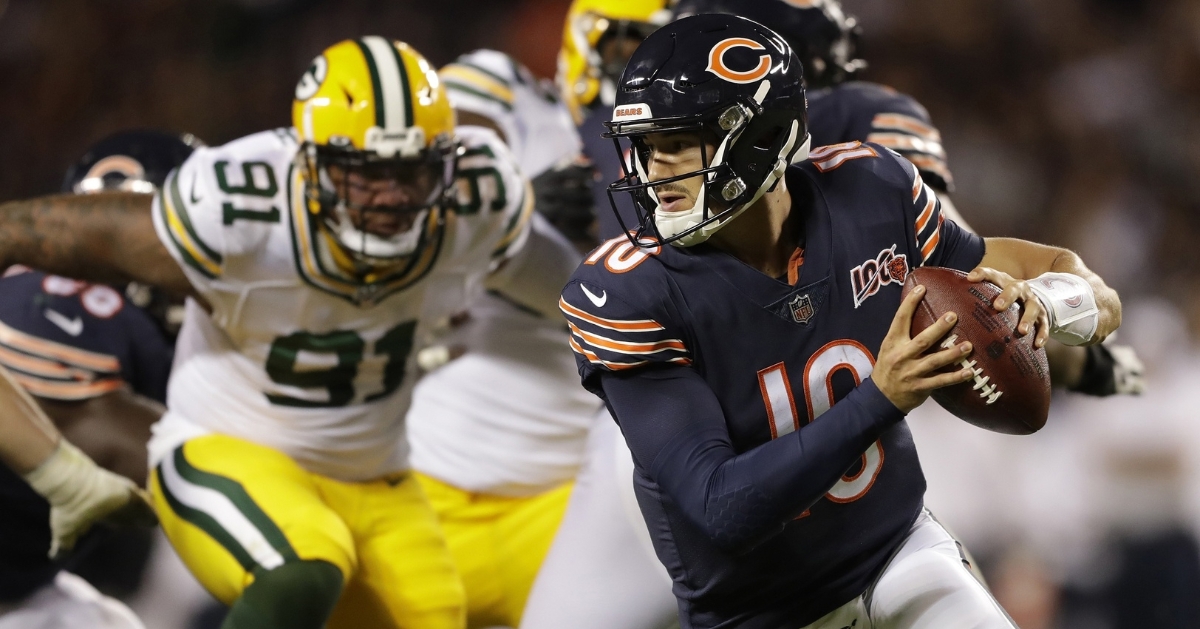 Now that the Bears have gotten through their bye week, it is time to focus on the rest of the season as Chicago aims to put together a nice run. Things won’t be easy this week as the 3-2 Bears return home to take on the 5-1 New Orleans Saints in what could be a huge swing game in the standings.

All season long, the Saints have been viewed as one of the Favorites in the NFC and through six weeks have done nothing that has proved otherwise. Even with Starting QB Drew Brees going down in week 2 with a thumb injury, former Minnesota Viking starter Teddy Bridgewater has stepped in and has led the Saints to a 4-0 mark in his starts.

With the mix of offensive talent with Michael Thomas, Bridgewater, and Jared Cook leading the way, the Bears defense will undoubtedly have their hands full even if this game is being played at Soldier Field. Here are three things to look for in week seven as the Bears look to get back on track.

1. Mitch Trubisky’s health: The most significant question mark surrounding Bears camp this week has been the health of starting QB Trubisky. After going down during the first series against Minnesota with a soldier injury, Trubisky finally returned to practice as he hopes to play on Sunday.

Should be medically cleared to go, the Chicago offense will get a huge lift as he has continued to develop into his role as a leader despite the results not showing up as frequently as he would like. With Taylor Gabriel and other pieces also returning this week, Chicago may be getting healthy at the right time as they will need to be ready to go against a dangerous Saints team.

Should Trubisky not be ready by Sunday, then the Bears will once again call on Chase Daniel to lead the way as he has been inconsistent through two starts. Daniel did show flashes of greatest in his two games as the starter, but most of that came in two quarters while the other six have been less than appealing.

2. How will the Loss of Long effect the O Line: Perhaps one of the more underperforming units on this team has been the Bears offensive line as they haven’t gotten the job done this season. What was one of their strengths last season appears to have taken a step back in 2019 as both Pass protection and run blocking has not been where they expected it to be.

To make matters worse, one of their best linemen in Kyle Long has been placed on IR with no indication as to when he will return. That puts an already underachieving unit in limbo as they try to piece something together that will work out long term. Should Chicago fail to fix the hole left in Long’s absence, then look for more struggles the rest of the way as teams will stack that side of the line to pressure the weak link.

3. How does Chicago respond from their bye: Earlier this week, I did a story about how past postseason teams have performed coming out of the Bye week? What we have seen from that story is generally when the Bears make the postseason, they put together a strong run either before or after the Bye week.

This game, even though it is only their sixth game on the schedule, is extremely important for Chicago as it could signal how the rest of the season will go. Look at it this way. A loss puts them at 3-3 as opposed to 4-2 with a win. Yes, 3-3 is not the end of the world, but it would put them three even four games behind both the Packers and Saints, who appear to be the class of the NFC this season along with unbeaten San Francisco.

With a win, the Bears would be tied with the Saints in the loss column and would hold the tiebreaker over them should they somehow tie for a specific seed come playoff time. I truly look at this game as a swing game in terms of momentum, as it could have huge implications down the road. If Chicago wants not only to put a nice run together but show they can hang with the leagues' best, this would be a good week to start.

Prediction: Soldier Field is always a great equalizer, but the Saints are a strong team on the road and have been the last few years. Even if the Bears defense can slow the Saints offense down, New Orleans has an underrated defense that can keep teams in check if this were a matchup with Brees as the starter I would have the Saints as two score winners.

None the less, Bridgewater may be the best backup in the NFL and has had success both against the Bears and at Soldier Field. I do expect this game to be a tightly contested contest with each defense making their share of plays. However, I feel the Saints have too many weapons offensively and will be able to pull one out 24-20 to send the Bears to 3-3.