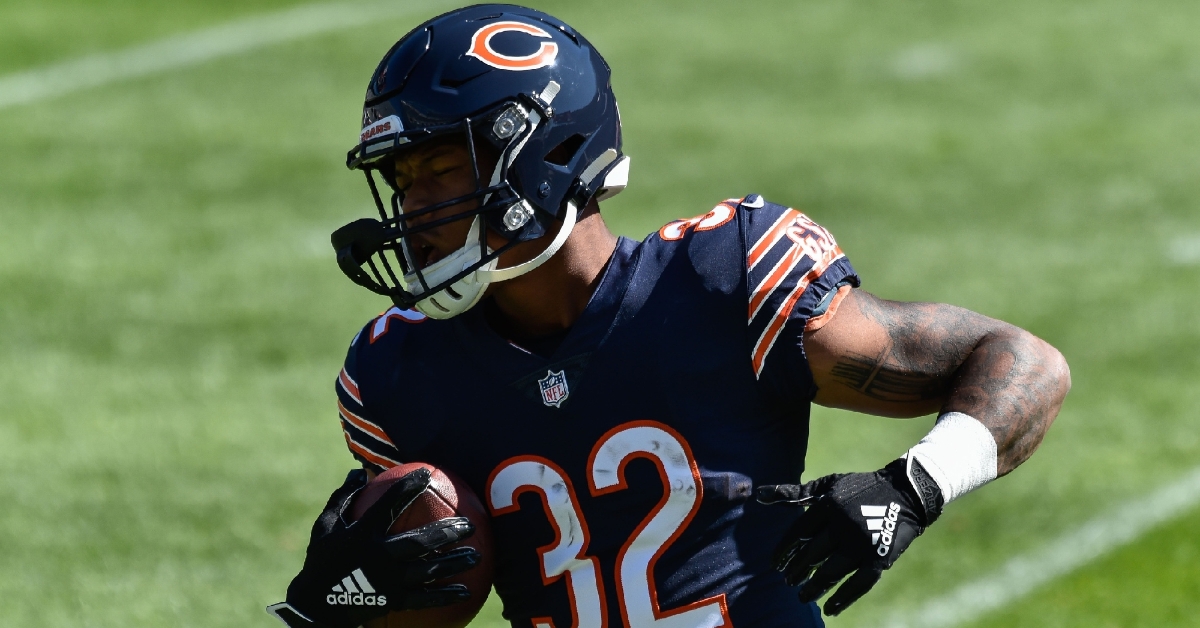 The Bears enter week six at 4-1, and things will only get more difficult from here on out. Yes, the Bears are winning ugly, but any win is vital at this point, so Chicago fans should enjoy it while they can. This week the Bears will hit the road to take on not only a surging Carolina team but a surprising Panthers team also who currently sits at 3-2 tied for first in the NFC South.

No one knew what to expect from first-year Head Coach Matt Rhule who took over for long-time head Coach Ron Rivera this offseason, but the former Baylor Head Coach is making an impression. His hands-on approach is coming in handy for this young team, and he is turning them into fighters this season. Led by quarterback Teddy Bridgewater whose remarkable comeback story is coming full circle, the Panthers are showing the league that they are not pushovers anymore.

Here are some things to look for ahead of this week's game.

Get the running game going: It has been two-plus weeks since Tarik Cohen went down, and the running game has undoubtedly suffered. Yet, the Bears continue to find ways to win. Nick Foles has shown the ability to beat you at times with his arm, but he needs the running game to help him out.

David Montgomery has struggled to pick up yards with Cohen down, but keep in mind he went against two of the better rushing defenses in the league. Carolina is no slouch in that department, but they are much easier to run against than the Bears previous opponents. Controlling both the line of scrimmage and the clock will be crucial if the Bears want to pick up their fifth win of the season.

Get after Teddy Bridgewater: Teddy Bridgewater may not have the strongest arm in the game, but the kid can flat out win. Before suffering a near career-ending injury, Bridgewater appeared to be the Vikings, franchise quarterback. He then suffered a non-contact injury that put his career in jeopardy.

It took him three years to finally see live game action, and he filled in nicely before earning a starting job with Carolina this year. Not only has he showed he can still play, but he looks better than he did four years ago. His legs are working again, his arm accuracy is still on par, but it appears his arm has gotten a little bit stronger.

#Panthers QB Teddy Bridgewater is 1st in the NFL in completion percentage (73.4%). pic.twitter.com/HeOCwcrQSG

Bridgewater is never going to beat you with his arm solely, and his legs have been a considerable part of his game this season. To continue their winning ways, Chicago needs to keep him in the pocket and force him to throw downfield.

Drafted in ’14. From ROY. To Pro Bowl. To a career-threatening leg injury in his first 3 years.

He fought back & landed with NO in ’18. Sat behind Brees. Eventually signed with CAR for $63 mil.

Allow field goals, not touchdowns: When people watch the Bears this season, they notice a defense that isn't quite up to their typical standard. Most fans don't realize that the Bears defense ranks No. 2 in the NFL in both third-down conversion rates and No. 1 in the red zone.

That means chances are if the Bears kept an offense into a third-down situation, they can get them off the field before anything significant happens. With the Bears offense still a work in progress, holding teams to field goals has been a big key. Chicago isn't going to go out there and light the world on fire offensively. That is where their red zone defense comes in handy.

The Chicago Bears defense is currently #1 in the redzone, #2 on third down, and #2 in the fourth quarter. ??

When we need stops the most, this defense has been able to consistently get them. pic.twitter.com/IQbtl1mS8Q

If they can keep teams out of the endzone, chances are their offense will be able to do just enough to pick up the win. That will once again be a key factor as Carolina is one of the better teams when it comes to scoring in the red zone. Chicago needs to be ready but should be up to the task.

What better way to prove doubters wrong than going on the road and taking care of business? If the Bears can go into Carolina and beat a surging Panthers team, you could say it is a statement win for a team that needs one on the road. Beating Tampa Bay at home was one thing, but now the Bears need to translate that success to the road. I like the Bears to get the victory here, but it will be an absolute battle. Chicago takes this one 24-21.