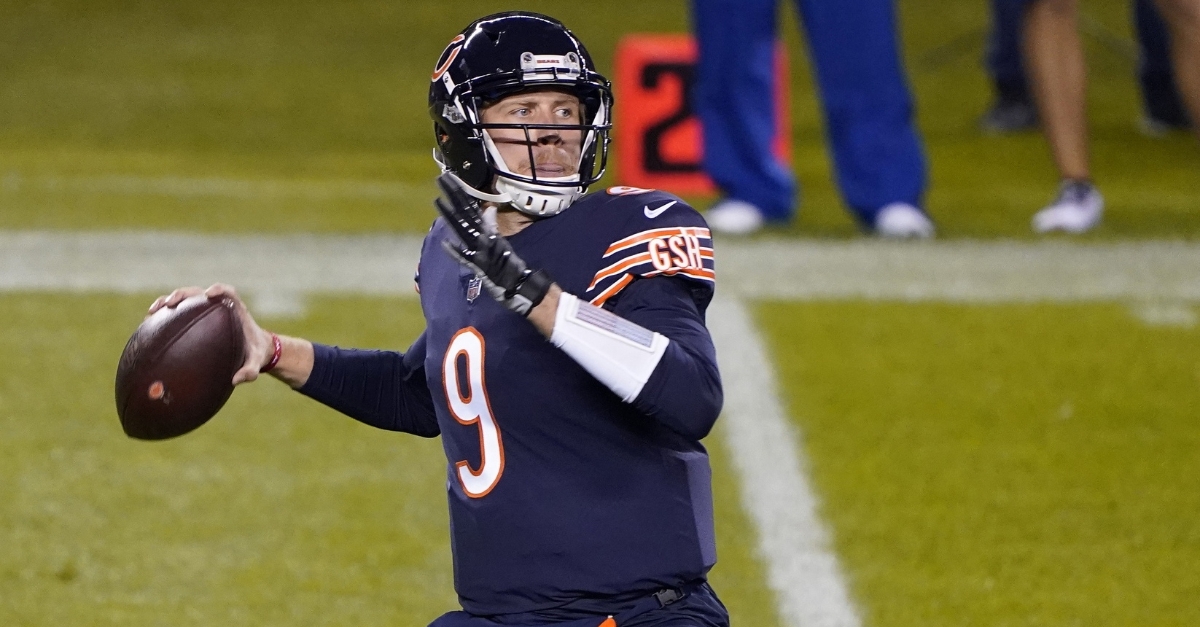 Chicago entered last night's game with Tampa coming off a loss while the Bucs won three straight. Given what the Bears upcoming schedule looks like, it was almost sort of a must-win game last night. Tampa Bay dominated much of the first half, but the Bears defense came through when the team needed it to hold Tom Brady and company to field goals instead of touchdowns.

That proved to be one of the biggest keys to the game as Cairo Santos drilled a game-winning field goal late in the fourth quarter to give the Bears the 20-19 win. Here are some takeaways from that winning performance.

Every quarterback in the game has trouble beating a specific player. For Tom Brady, that player seems to be Nick Foles, who is now 3-0 all-time against Brady. Unlike the Superbowl, where Foles played perhaps his best game ever, things were not smooth sailing in this one as the Bucs defense was stout once again.

For much of the first half, Foles and the offense struggled to get things done, but thanks to the defense holding the Buccaneers to field goals, they were never out of it. Once the passing game got rolling late in the first half and into the second half, Foles began to look how the team expects him to look. Sure, he didn't put up godly numbers, but his job as a QB is to be a game manager and make the plays needed to win.

That is precisely what he did against Tampa. He made the plays when they counted, which helped set the offense up for clutch scores. It was him, not Brady, who had the ball in his hands late and was able to lead his team into field goal range where Santos took care of the rest.

Great team win! Proud of this team for battling through a tough game. Thank y'all for the support. #???? pic.twitter.com/liuwYuvE5l

Kicking woes have hampered the Bears since about 2017 when Robbie Gould left town. Last year it appeared Eddy Pinero might be the solution, but even he had his fair share of troubles during the season before finishing on a strong note. This season with Pinero injured, the Bears needed kicking help and searched through the free-agent market.

They could have taken anyone, but they went after Santos and signed him to a deal. That proves to be a wise decision as Santos is a reliable NFL kicker and is serving well for the Bears. Sure, he will miss a kick from time to time, but he isn't one to let that linger long term. He gets back out there and does his job, so teams have been able to count on him his whole career.

When Santos was signed, the Bears expected Pinero to be back in a few weeks. Now it looks as if Pinero may not come back this season, so having a guy like Santos around is huge. Santos doesn't have the strongest leg around, but inside 45 yards, he is excellent. That was precisely the case last night as the Bears offense got the ball within his range, and his right leg took care of the rest. Hopefully, he continues his strong play for the rest of the season.

Having a guy like Cohen around really helped open things up for Montgomery. He was able to stay fresh, which helped him churn out big yards in the fourth quarter. Montgomery doesn't get as many breaks with no Cohen, and he quite simply hasn't produced since. Maybe that is just a coincidence, but since Cohen went down, Montgomery has not been able to rush the ball.

That is where Lamar Miller comes into play. The former Pro Bowl back worked out for the Bears last week before signing a practice squad deal. I didn't expect him on the roster this week, but with the extra time ahead of week 6, he may be added then. Miller has not carried a ball since 2018, missing all last season with a torn ACL.

When healthy, he is a bigger version of Cohen, and that will help this offense out. He can run the ball both between and outside the tackles and does a great job catching passes out of the backfield. Miller has starting experience and can easily take 10 carries a game if needed. That will help Montgomery stay fresh, and hopefully, his production will get back to what it was through three weeks.