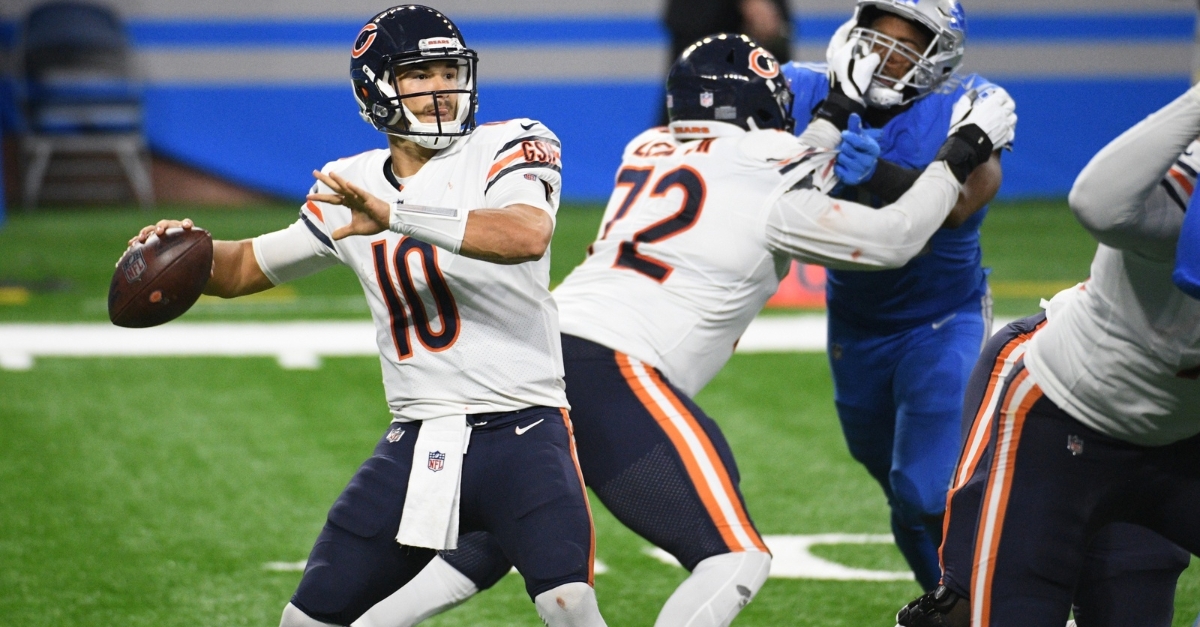 It is week two of the NFL season, and the Chicago Bears are looking for their first 2-0 start in quite some time. Coming off a dramatic come from behind win against Detroit in Week one, the Bears return home as this will be their 2020 home opener. As happy as they will be coming home, playing without fans will be different, as many teams are still adjusting to the new norm.

This week, standing in their way is a young New York Giants team who are looking to find their identity. Not only do they have a young QB in Daniel Jones, but a first-year Head Coach in Joe Judge. The former New England Special Teams coach learned how difficult it is to win games as a coach, dropping his first game in charge 26-16 to Pittsburgh on Monday. Not only is this a short week for the Giants, but they are on the road against another stout defense.

Here are three things to look for ahead of this game, along with a prediction.

We need more of Khalil Mack

Take away the fourth quarter last week, and the Bears didn't play well on either side of the ball. Not only did the Lions find space in the passing game, but the 35-year old future Hall of Famer Adrian Peterson gutted them on the ground, which didn't make things easy.

A significant factor for the defenses play through three quarters was of Khalil Mack, or should I say lack of Mack. There is no secret to the Bears defense that the object is to keep Mack in check. Teams will always focus on him despite Robert Quinn lining up on the other side. Knowing that teams cannot double or even triple-team Mack as much as they have in the past, he needs to make his presence felt early.

If he can set the tone for the defense, it will go a long way in determining how that side of the ball plays. The better he plays, the better the defense plays, which is still the team's calling card.

Most QB pressures among edge rushers on Sunday:

We all know the Giants offense will not put up a ton of points, but they do have one of the games' best-running backs in Barkley. After watching what Peterson did last week, I am a bit concerned to see what Barkley will do this week.

Not only is he 10 years younger, but he is much faster and athletic than Peterson, which could prove to be a problem if the Bears can't stop the run early. The Giants offense goes through Barkley, and the more touches he has, the more success the offense will have. With him being the focal point, it takes the pressure off Jones, who has shown signs of strong QB play over his 13 career starts. Chicago needs to take Barkley out early to force Jones to beat them.

Had to do a deeper dive after @TikiBarber comments. So ...

All 12 plays Saquon Barkley was asked to pass block on Monday night. Some good, some bad and a really ugly. #Giants pic.twitter.com/oP8IGTCpqE

The fourth quarter that Mitch Trubisky put up against the Lions was nothing short of amazing. However, the three quarters before that left fans frustrated with his play once again. Where's the consistency.

No one asks Trubisky to come out and play the way he did in the fourth quarter every week. What fans do want to see is a more consistent Trubisky that can put a whole game together on the field. The Bears got lucky last week and face a team they should beat regardless of how good or bad he plays. These are the games where you would like to see consistency or, at the very least, a complete game by Trubisky to give fans more confidence heading into tougher matchups.

I have mentioned this several times before, that the Bears have a real shot to put themselves in playoff position early. The first five games of the season will be the easiest part of their schedule, and if they can rip off four wins, you set yourself up nicely the rest of the way. The Giants are one of those games that are a must-have for Chicago as these are the teams you should beat.

The Bears are more talented on both sides of the ball and have the more experienced coach on the sidelines. While Barkley may be the best player on the field, Jones is still figuring out who he is as a QB and has a second OC and Head Coach in as many seasons. Look for him to make some mistakes in this one to neutralize the Giants offense.

I like the Bears to make quick work of the Giants 24-13. Their defense will come to play and will make things tough for New York to do much offensively. Chicago should also score on a defense that ranked near the bottom of the league last season. This should be a relatively easy victory as Chicago moves to 2-0 on the season.