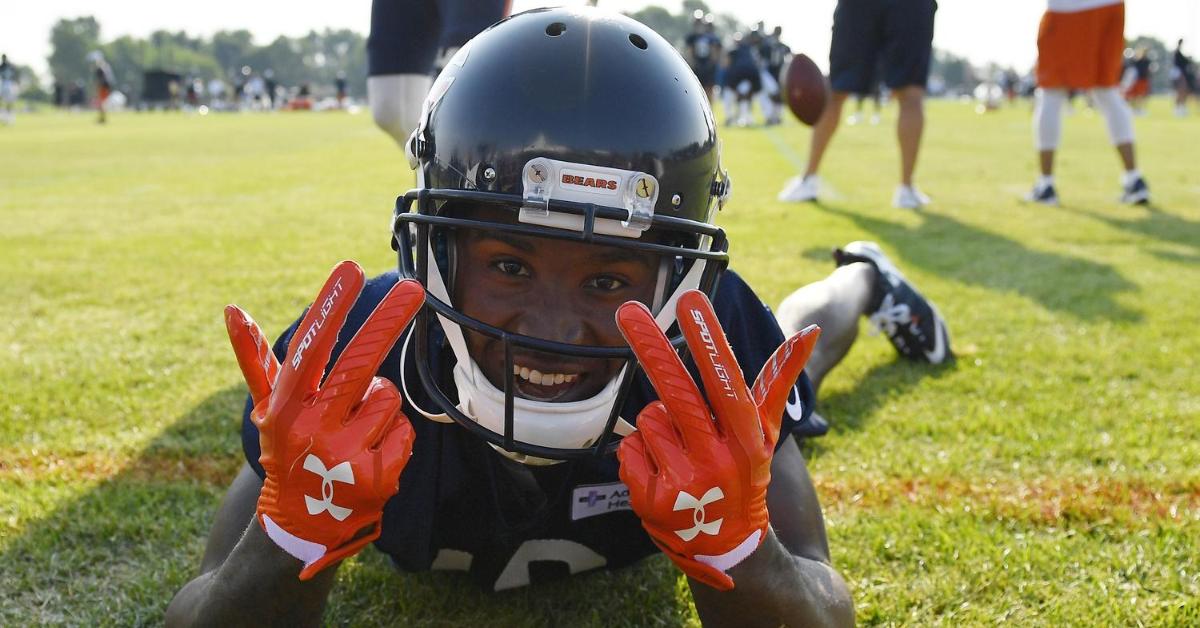 In the 2018 offseason, the Bears made a lot of noise by revamping their receiving core with Allen Robinson, Trey Burton, and Taylor Gabriel. The improved unit saw an improved Mitchell Trubisky, going from a touchdown to interception ratio of 1:1 to 2:1.

During this improved season, Trubisky’s favorite wide receiver was Taylor Gabriel. Gabriel led Bears receiver in receptions with 67 to go along with his 688 receiving yards and two touchdowns. With a solid season behind him, what can we expect from Gabriel in year two with the bears?

Through his last three years, Gabriel has distinguished himself as an intimidating deep threat with great ability to gain yards after the catch. From 2016, Gabriel was given a cushion of 7.1 yards between him and whoever was covering him. This was to ensure the speedy receiver doesn’t make any big plays downfield. When teams try to press Gabriel, he shows off his speed as he did against the Vikings.

Great touchdown grab by Taylor Gabriel, if the #Vikings lose this game to the #Bears the #Eagles will make the playoffs.pic.twitter.com/C6szdboJDk

Even though this play wasn’t a touchdown, Gabriel was able to outrun the defender and set up the Bears for a score. Time and time again, Gabriel was able to prove he is a big-play threat when pressed on the line. His consistency in this area shows with an average of 10.7 air yards targeted and 3.3 average separation per throw since 2016.

When Gabriel isn’t pressed, which is often, his production comes from an incredible ability to gain yards after the catch (YAC). With the Falcons, Gabriel was a menace with screen passes. No game made that more evident than his two-touchdown performance against the Cardinals in 2016, scoring both from screen passes.

Not getting YAC is not the worst thing in the NFL as some top receivers and tight ends like Zach Ertz and Doug Baldwin had similarly bad years. However, Gabriel was able to stay somewhat consistent in terms of his expected YAC, a stat-based on many factors to determine how many yards a receiver should have gotten after the catch. His 5.1 expected YAC was not too far off from his 2017 where he got a 5.9 expected YAC.

Only time will tell if Gabriel’s sudden drop in YAC ability is due to age or luck, but the numbers say he should be able to bounce back. With another year in Matt Nagy’s offense and a full year of working with Trubisky should improve his effectiveness more. At 28, Gabriel is an underrated weapon for the Bears and still in his athletic prime. Both early signs from training camp and the numbers support a breakout season for Taylor “Turbo” Gabriel.