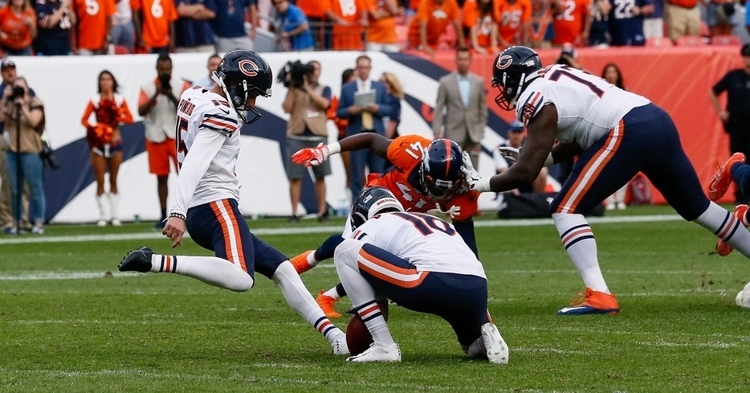 What a difference a year makes for the Chicago Bears.

Bears kicker Eddy Pinero has been named NFC Special Teams Player of the Week after last Sunday's 16-14 win over the Broncos.

During the contest, Pinero hit three field goals including his 53-yard game-winner which was the longest game-winner since Paul Edinger's 54-yarder in 2000.

Pinero was very happy after the game-winning kick on Sunday.

“It means everything,” Piñeiro said to the media. “I’ve been working my butt off.

If the Bears can get solid special teams play this season, the sky is the limit for this elite defensive squad.

Congrats to the NFC Special Teams Player of the Week! pic.twitter.com/ks6JuwmLth