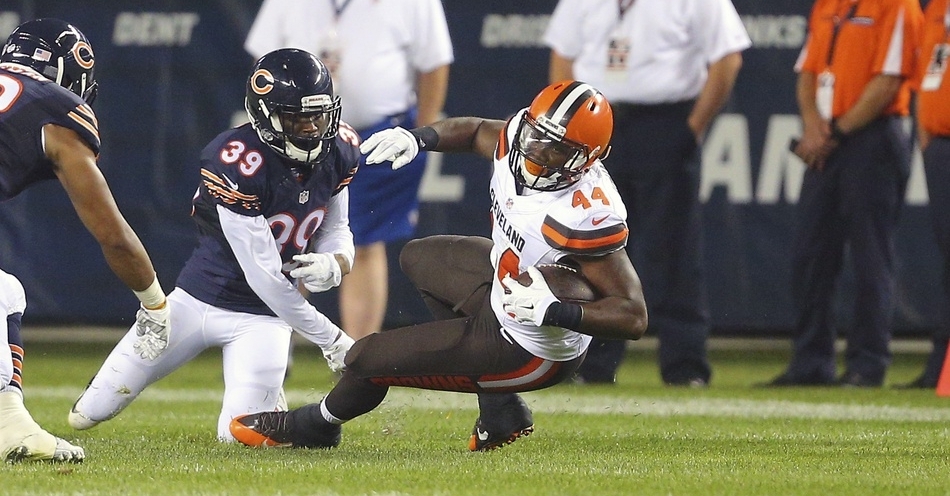 The 28-year-old was arrested on Feb. 18 by a federal warrant out of the United States District Court Northern District of Texas, Fort Worth Division.

In the federal complaint, the document reads, "along with others known and unknown, recruited, enticed, harbored, transported, provided, obtained or maintained several young women for the purpose of commercial sex."

"Along with others known and unknown, through the use of physical force, fraud and coercion, facilitated, obtained or assisted in the facilitation of commercial sex acts performed by three adult females ..."

Black was a member of the Bears in 2015 but was released on September 5 of that season.

He was undrafted out of East Central University.