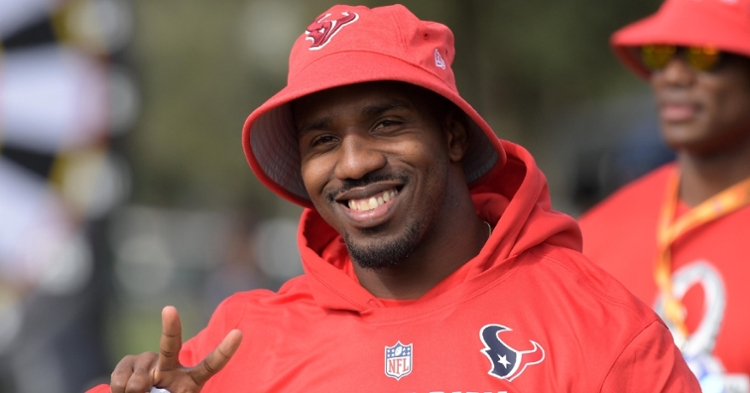 Former Pro-Bowl running back Lamar Miller is signing to the Chicago Bears' practice squad according to multiple reports including NFL Network's Tom Pelissero.

"Once the deal is finalized, Lamar Miller will be reunited in Chicago with Charles London, who was his RBs coach in Houston, and Bill Lazor, who was his OC in Miami," he posted on social media. "A lot of familiarity as Miller -- a 1,000-yard rusher in both places -- joins the #Bears practice squad."

Miller will bring some running back depth to the team after the season-ending knee injury to Tarik Cohen.

He suffered a torn ACL during the preseason last season.

The #Bears are expected to sign veteran RB Lamar Miller to the practice squad, source said.

The Chicago Bears are reportedly expected to sign veteran Lamar Miller to the practice squad.

Miller can provide depth to the RBs after Cohen was placed on IR with an ACL tear.