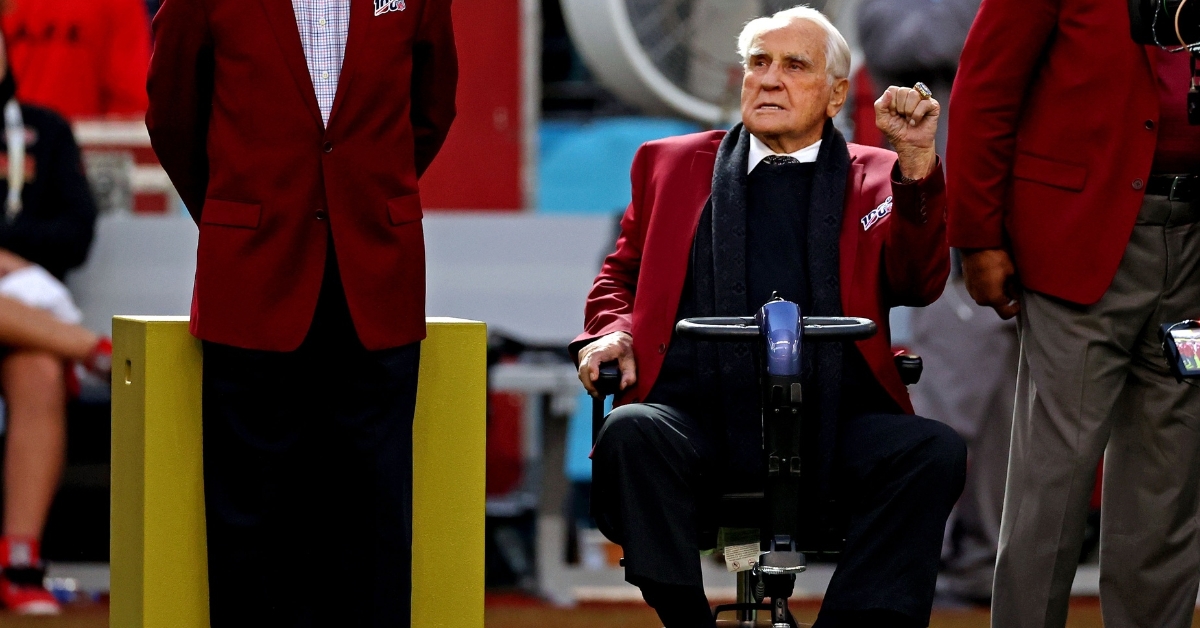 Hall-of-Fame head coach Don Shula passed away peacefully at his home at the age of 90 on Monday morning, according to the Dolphins.

The team released the following statement.

"Don Shula was the patriarch of the Miami Dolphins for 50 years," the statement read. "He brought the winning edge to our franchise and put the Dolphins and the city of Miami in the national sports scene. Our deepest thoughts and prayers go out to Mary Anne, along with his children, Dave, Donna, Anne, and Mike."

Shula was the NFL's all-time winningest coaches with 347 total wins (including playoffs).

He was also a two-time Super Bowl champion, coach of the only undefeated team in NFL history, and four-time NFL coach of the year.

Shula was inducted into the Pro Football Hall of Fame in 1997.

ChicagoBearsHQ would like to give out our most heartfelt condolences to the family and friends of Don Shula and the entire NFL community.

Thank you for everything, Coach Shula. pic.twitter.com/7eXY4ZOKn6

One of the most iconic coaches in NFL history.

392: Number of games Don Shula coached for the Miami Dolphins.

440: Number of games every other Dolphins head coach coached in the team’s 54-season history. pic.twitter.com/Neo5cHPz6X

Don Shula, the winningest coach in NFL history, has died at the age of 90 pic.twitter.com/50GLOSeMtO

He’s got more wins than any coach in NFL history pic.twitter.com/6xS0RvmTYX

Northeast Ohio native and Hall of Fame football coach Don Shula has passed away at the age of 90. Shula attended John Carroll University and even played for the Cleveland Browns before going on to win the most games by any coach in NFL history. Photo: The Plain Dealer. pic.twitter.com/9UNXwxPvST

RIP Don Shula ?? The Legend. Most wins by a head coach in NFL history. A champion. He was a sweet and generous man. We will miss you coach. pic.twitter.com/yQSgsBwJWt

All-time wins list tells you all you need to know on his legacy.

Don Shula, the winningest coach in NFL history, died Monday at the age of 90, the Dolphins announced. pic.twitter.com/EEBp2nFbka

We express our deepest condolences to the family and friends of former @MiamiDolphins Head Coach Don Shula who passed this morning. pic.twitter.com/aVhQ5FuN4j

Doug has said that win is right below Eagles Super Bowl win for him#RIPDonShula pic.twitter.com/OEj854yMbZ

There’s only one coach who comes close.

Gregg Popovich has coached in 46% of the Spurs NBA seasons. pic.twitter.com/wC0Pg2KYTI