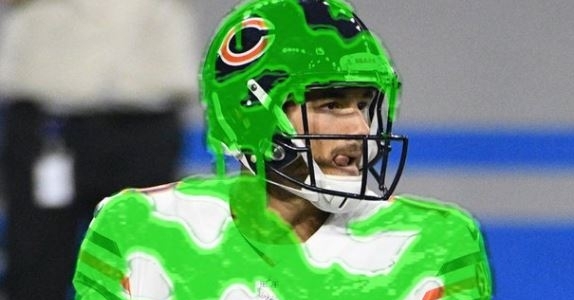 Trubisky slimed for the kids

The Chicago Bears' season is officially over with their 21-9 loss to the New Orleans Saints on Sunday.

Mitch Trubisky and the offense couldn't get much together as he finished 19 for 29 passing for 199 yards and a touchdown. Most of the yardage was in garbage time including a walk-off touchdown reception by Jimmy Graham.

This NFL game was also available on Nickelodeon for family fun for the kids, and Trubisky was named 'NVP' as the Nickelodeon Valuable Player with 49 percent of the vote.

Akiem Hicks was second with 16 percent and Cameron Jordan finished third with 8 percent.

Mitch Trubisky won the Nickelodeon MVP award with 49% of the votes. pic.twitter.com/HsHLhn1lru