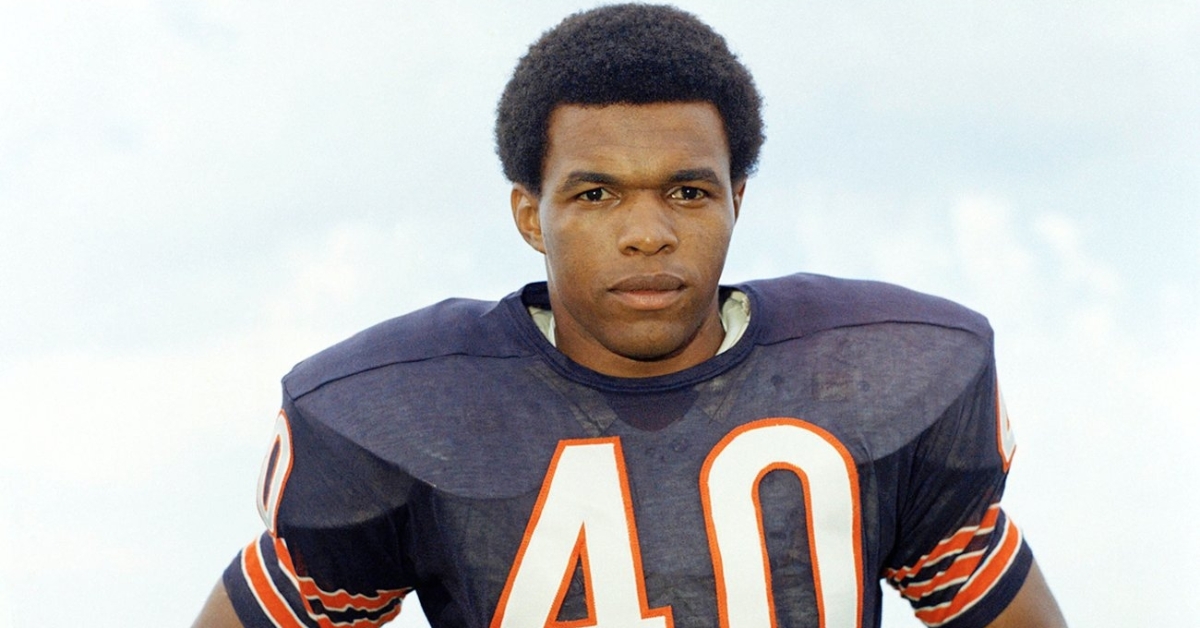 Gale Sayers has passed away at the age of 77 (Photo credit: NFL)

Chicago Bears Hall of Fame running back Gale Sayers has passed away from his battle from dementia on Wednesday morning at the age of 77.

"The NFL family lost a true friend today with the passing of Gale Sayers. Gale was one of the finest men in NFL history and one of the game's most exciting players.

"Gale was an electrifying and elusive runner who thrilled fans every time he touched the ball. He earned his place as a first-ballot Hall of Famer.

"We will also forever remember Gale for his inspiration and kindness. Gale's quiet unassuming demeanor belied his determination, competitiveness and compassion.

We send our heartfelt condolences to his wife Ardie, and their family. Our thoughts are with his teammates, the Bears organization, the many fans who remember him as a football player and the many more people who were touched by Gale's spirit and generosity."

The Chicago Bears also released a statement on Sayers' passing:

"It is with great sadness the Chicago Bears mourn the loss of Bears Hall of Fame running back Gale Sayers," the statement read. "Sayers amplified what it meant to be a Chicago Bear both on and off the field. He was regarded as an extraordinary teammate, leader, husband and father. He was 77."