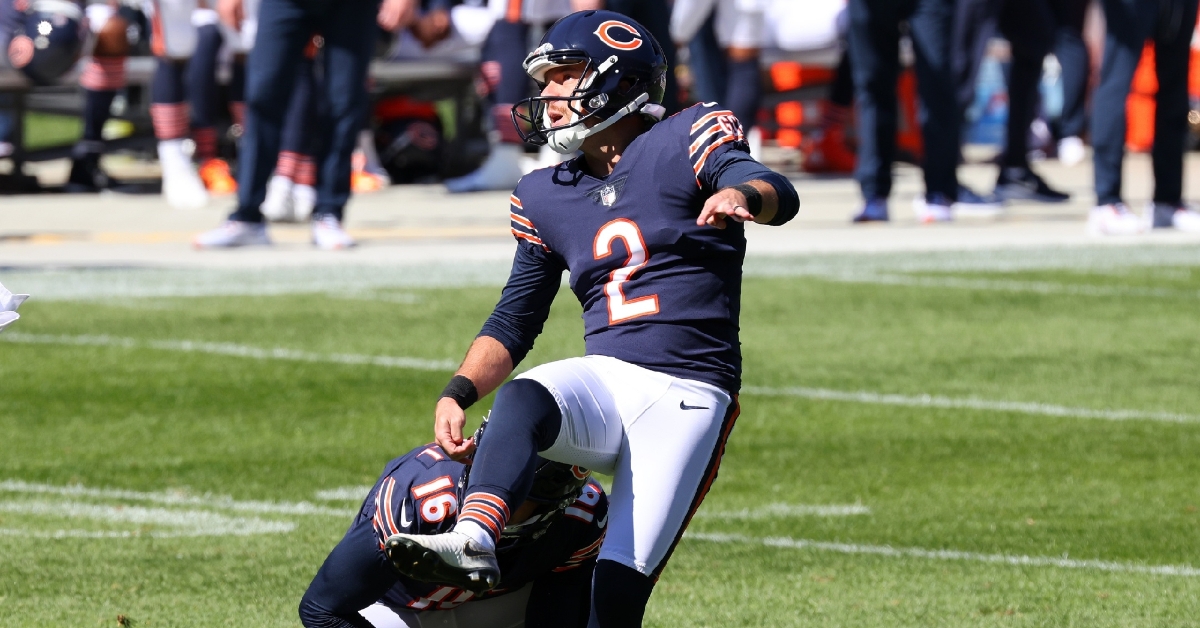 The Chicago Bears locked down their standout kicker Cairo Santos.

Santos has agreed to a five-year deal worth a max value of $17.5 million, according to multiple reports on Thursday night.

The final two years are voidable, according to the Chicago Tribune's Brad Biggs.

Santos was impressive hitting 30 out of 32 field goals with a long of 55 last year. It was such an incredible display of kicking as he made 28 straight field goals to finish the 2020 season.

He was named NFC special teams player of the month for December. In four games, he nailed nine field goals in three straight wins to propel the Bears into a wild card berth.

The Bears have not announced this deal officially yet.

After a record-setting season, #Bears have agreed to terms with K Cairo Santos on a $16M, 5-year contract with a max value of $17.5M.

You can’t spell “Cairo Santos” without “Ciara.” It’s all there in front of you.