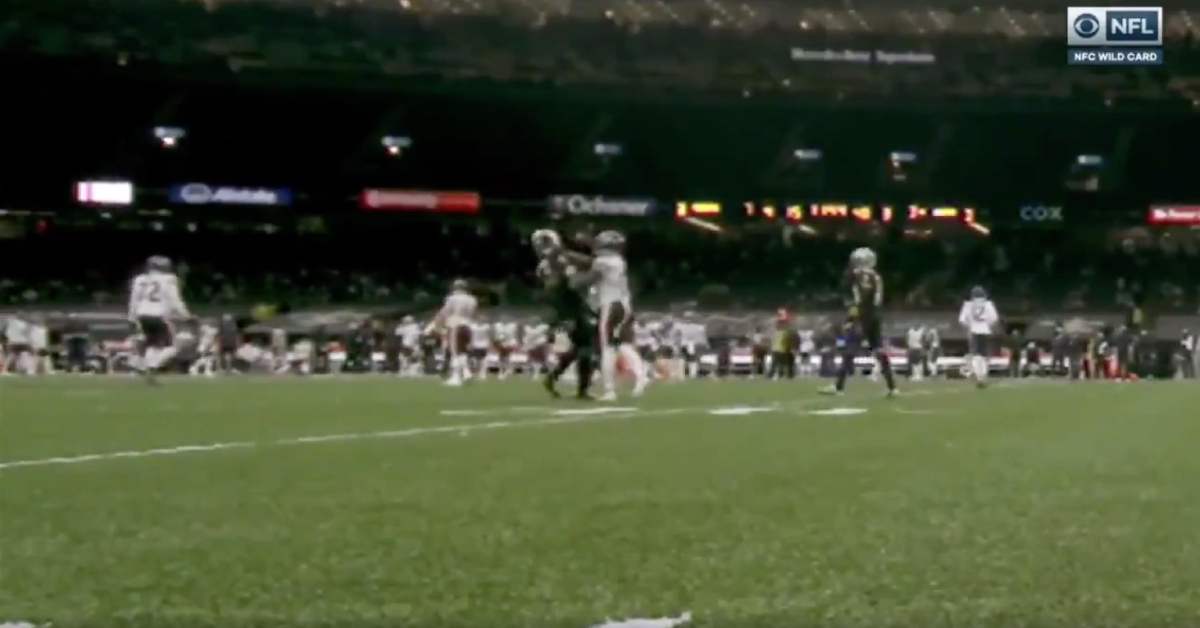 Bears wide receiver Anthony Miller was ejected for smacking a Saints defender in the helmet.

NEW ORLEANS — Just like the first meeting of the season between the Chicago Bears and the New Orleans Saints, a Bears wide receiver was ejected for hitting Saints defensive back C.J. Gardner-Johnson in the helmet on Sunday. Anthony Miller was thrown out for smacking a smack-talking Gardner-Johnson following a third-down incompletion.

When the Saints defeated the Bears in Week 8, Chicago wideout Javon Wims was thrown out for slapping Gardner-Johnson in the helmet after a play ended. Miller was tossed from the Wild Card Round matchup at the Mercedez-Benz Superdome, making the Bears' offensive situation even more difficult. The Saints led 7-3 at the time of the third-quarter ejection. Offsetting unsportsmanlike conduct penalties were called in response to the incident, but Gardner-Johnson was not ejected.

Anthony Miller EJECTED ??#DaBears +10 has an even bigger hill to climb to win this gamepic.twitter.com/CF6AP53aej