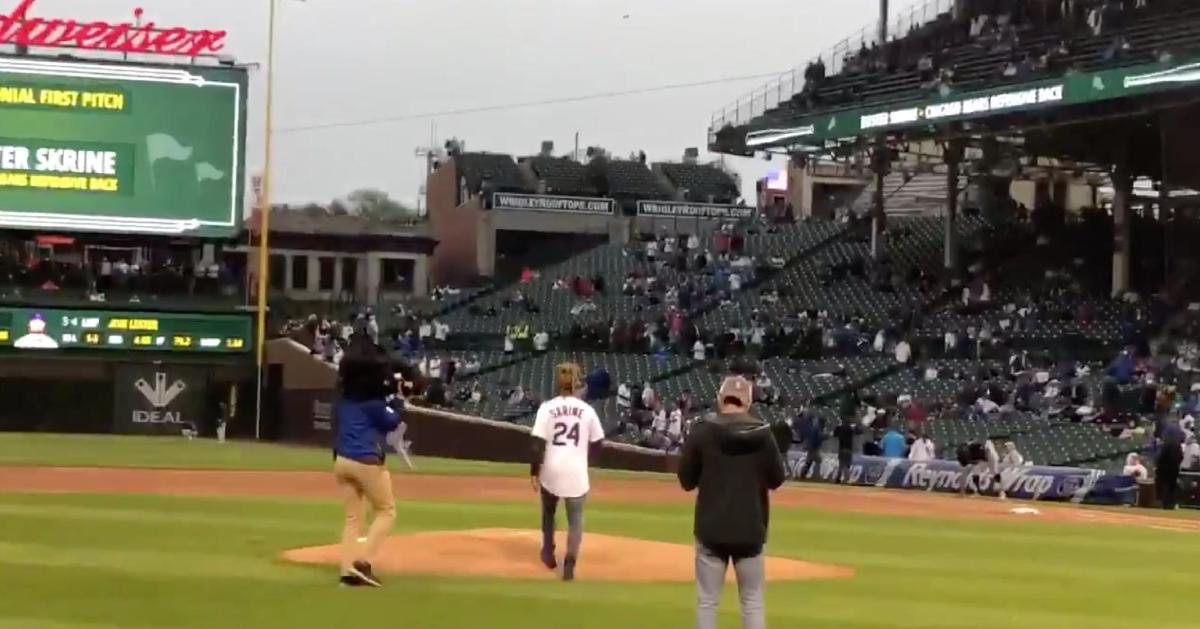 New Bears cornerback Buster Skrine threw out the first pitch at the Crosstown Classic on Wednesday.

CHICAGO — Chicago Bears newcomer Buster Skrine threw out the first pitch at the Crosstown Classic between the Chicago Cubs and the Chicago White Sox on Wednesday. The veteran cornerback signed a three-year, $16.6 million contract with the Bears in the offseason and is expected to be a key component of a stacked Bears defense.

Taking the mound at Wrigley Field, Skrine was welcomed to cheers from the fans in attendance. Skrine channeled Bears quarterback Mitchell Trubisky by firing a bullet over the plate. Catching the edge of the strike zone, the ceremonial pitch was undoubtedly a strike, as Skrine lived up to the Cubs jersey that he was donning at the time.

Bears cornerback Buster Skrine threw out the ceremonial first pitch ahead of the Crosstown Classic.