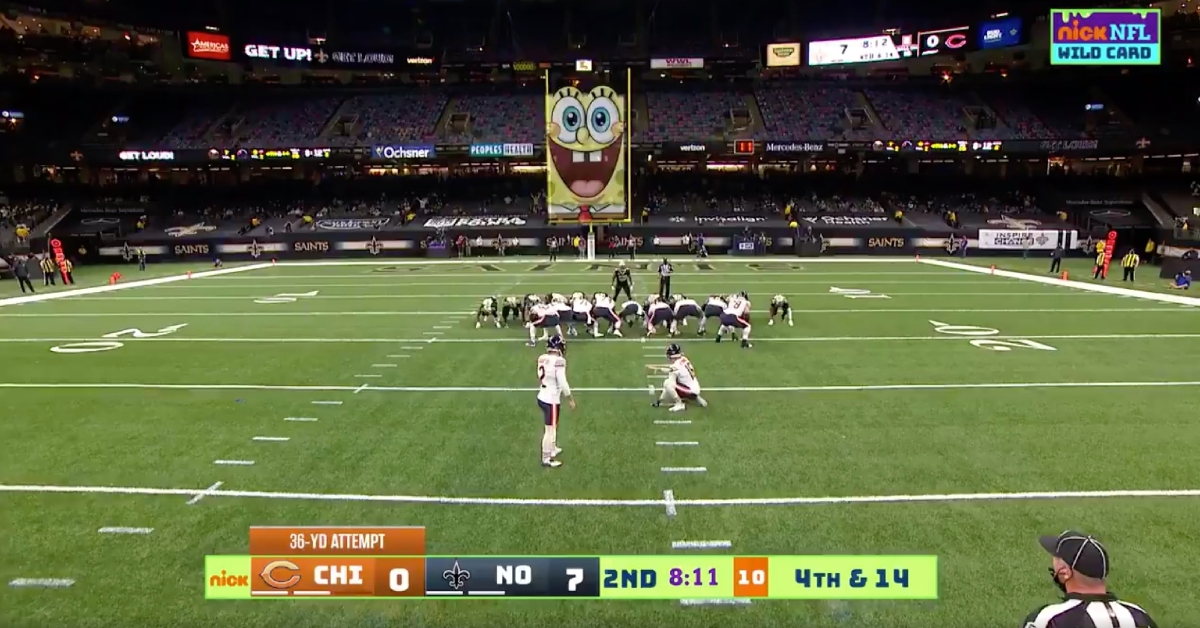 On Nickelodeon's broadcast, a 36-yard field goal by Cairo Santos sailed into the mouth of SpongeBob Squarepants.

NEW ORLEANS — With an alternate broadcast of the Wild Card Round matchup between the Chicago Bears and the New Orleans Saints airing on Nickelodeon, the graphics in the contest at the Mercedes-Benz Superdome have been fairly unique, to say the least. For example, the face of Nickelodeon character SpongeBob Squarepants has appeared in the goalpost net for kicks.

With a 36-yard field goal in the second quarter on Sunday, Bears kicker Cairo Santos made the score 7-3 in favor of the Saints. If watching the Nickelodeon airing, you would have seen Santos kick the football into the gaping maw of SpongeBob. When the Saints scored a touchdown earlier in the game, Nickelodeon's trademark slime cannons made an appearance. Check out both of the funny clips below.