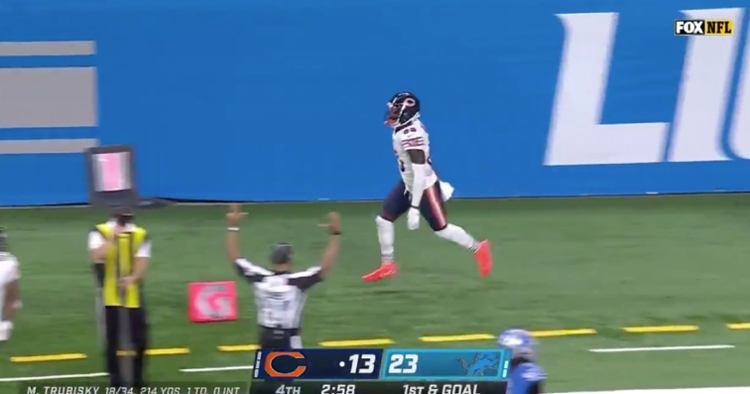 DETROIT — After tight end Jimmy Graham had his touchdown catch called back once a review confirmed that his knee was down at the 1-yard line, wideout Javon Wims made up for it via a touchdown snag on the very next play for the Chicago Bears. Quarterback Mitchell Trubisky found Wims wide open in the left side of the end zone for the touchdown.

The score made it 23-20 in favor of the Detroit Lions at Ford Field. Trubisky's second touchdown throw of the afternoon occurred with 2:58 remaining, and it served as Wims' first catch of the game. Chicago produced a five-play, 55-yard drive to pull within one possession of the Lions.

Top Javon Wims News
Top Bears News of the Week
Partner of ChicagoSportsHQ.com, ChicagoBullsHQ.com, CubsHQ.com, and TigerNet.com
ChicagoBearsHQ is an independent site and is not affiliated in any way with the Chicago Bears or the NFL.