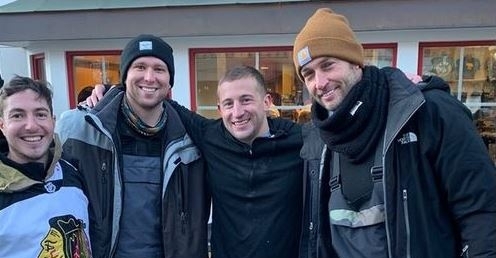 Cutler with the group photo with fans (IG: Briley Kellison)

Former Chicago Bears quarterback Jay Cutler has been entertaining to watch since his retirement.

From his chickens on his Instagram account to his reality show appearances, he has been a fan favorite on social media despite not playing for the Bears anymore.

One could argue that is more likable now than when he was a quarterback with the Bears.

Recently Cutler ran into a few fans, including Briley Kellison, and was asked if the former standout quarterback would take a picture with them.

Cutler gave the group a picture only after Briley chugged a pitcher of beer.

Check out the video evidence below: