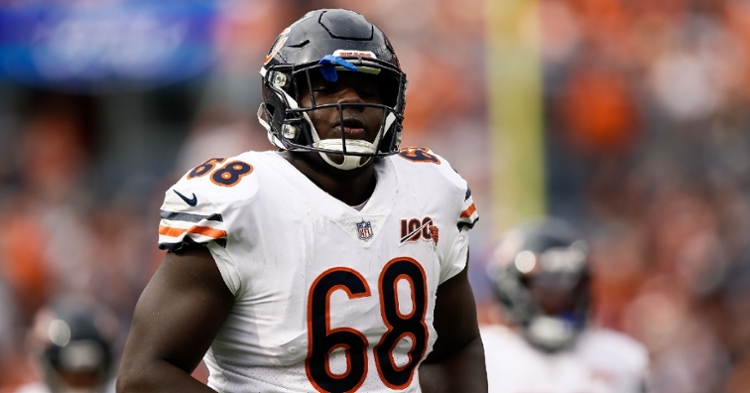 During the Chicago Bears' 20-19 victory over the Tampa Bay Bucaneers, left guard James Daniels suffered an injury and had to go the locker room.

According to multiplier reports including NFL.com's Tom Pelissero, Daniels suffered a torn pec last night according to the MRI and is out for the season.

The Bears will likely have second-year player, backup guard Alex Bars to fill in for Daniels. The other possible replacement would be guard Rashaad Coward.

Daniels is an important lineman for the Bears because he was also the backup center for Cody Whitehair besides being the starter at right guard.

Fortunately, the Bears have 10 days to figure out a gameplan to fortify their offensive line play.

Here is the final play #Bears LG James Daniels was on the field for last night going against #Bucs DT Vita Vea. pic.twitter.com/PK6ckCE5bk