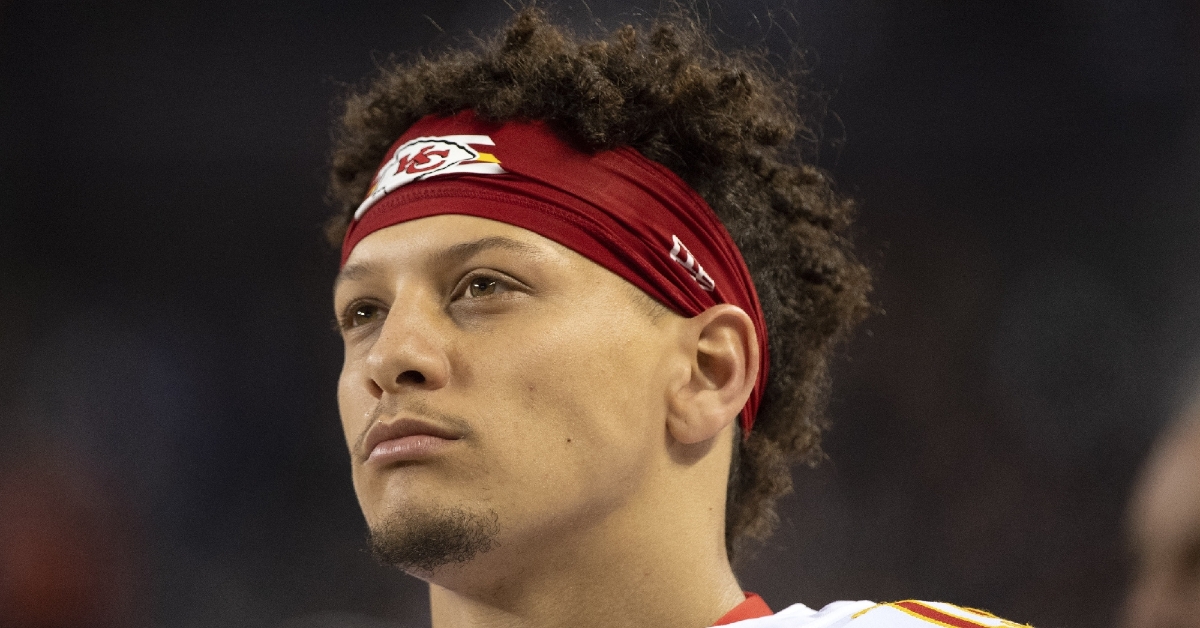 Chiefs quarterback Patrick Mahomes was passed over by the Bears in the first round of the 2017 NFL Draft. (Credit: Mike Dinovo-USA TODAY Sports)

CHICAGO — One of the most perplexing questions that still looms in the NFL today is why the Chicago Bears traded up to draft Mitchell Trubiskyy at No. 2 overall in the 2017 NFL Draft. Bleacher Report's Kalyn Kahler added to the quizzical nature of the decision by dropping a bombshell revelation in her story about the Bears drafting Trubisky.

Apparently, Bears general manager Ryan Pace and the Bears' front office told Patrick Mahomes, the superstar Kansas City Chiefs gunslinger, that he was their No. 1 quarterback choice heading into the draft. Something evidently changed, and Chicago took Trubisky as the first quarterback off the board, while Mahomes fell into Kansas City's lap at No. 10 overall.

Now that the Bears have benched Trubisky and opted to go with Nick Foles as the starting quarterback moving forward, Pace's choice to draft Trubisky seems even worse than it did when Mahomes won MVP two seasons ago or even when Mahomes won a Super Bowl under center with the Chiefs last season. Not to mention, Houston Texans quarterback Deshaun Watson, who was the third quarterback picked in 2017 at No. 12 overall, has also produced a far more impressive career than Trubisky.

Pace opted to trade for Foles in the offseason, and, in the wake of replacing Trubisky during the second half of the Bears' Week 3 game, the veteran led the Bears to a come-from-behind victory last weekend that earned him the starting job. Trubisky, meanwhile, was not extended beyond his rookie deal in the offseason, and his Bears tenure could very well end this coming offseason. If the Bears fail to reach the playoffs this season, Pace's Bears tenure could end, too. As for Mahomes, he will almost certainly remain the Chiefs' starting quarterback for many years to come.