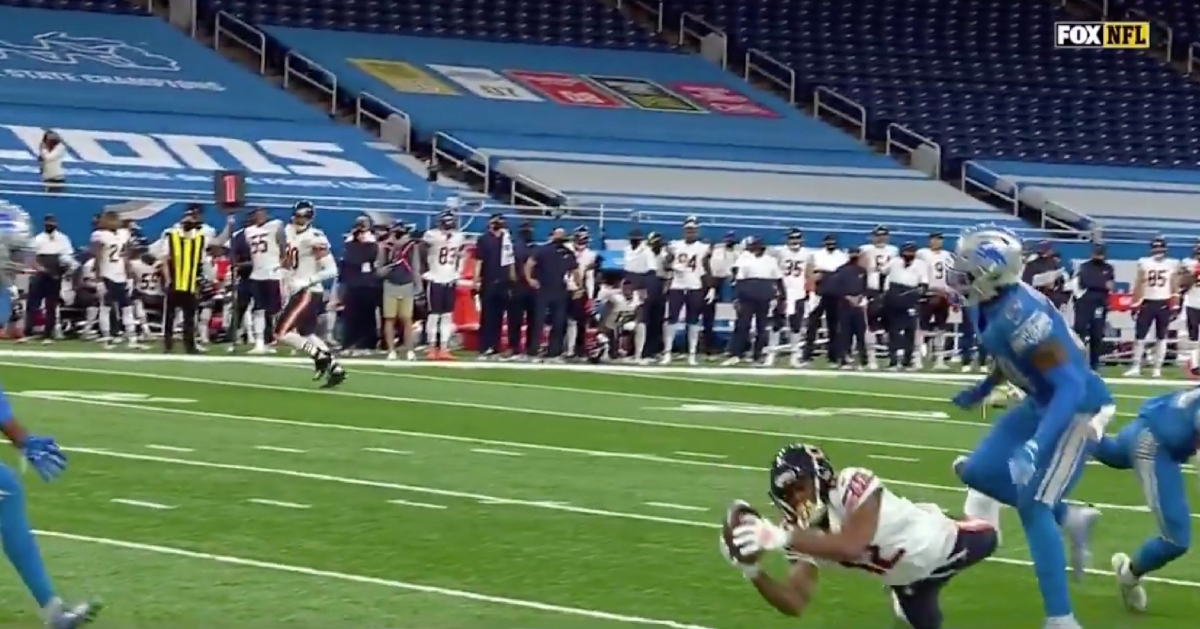 Allen Robinson II went parallel to the turf with a diving catch at Ford Field.

DETROIT — Chicago Bears wide receiver Allen Robinson laid out for phenomenal catch in the third quarter on Sunday. With the Bears trailing the Detroit Lions 23-6 at Ford Field, Robinson helped the Bears' chances of mounting a comeback by going all out on a diving grab.

The 22-yard gain at Ford Field moved the ball inside the red zone. It marked Robinson's fourth catch of the game and led to the Bears coming up with a touchdown later in the drive to make the score 23-13. Robinson is known for his excellent athleticism and hands, and both were on display via that snag.