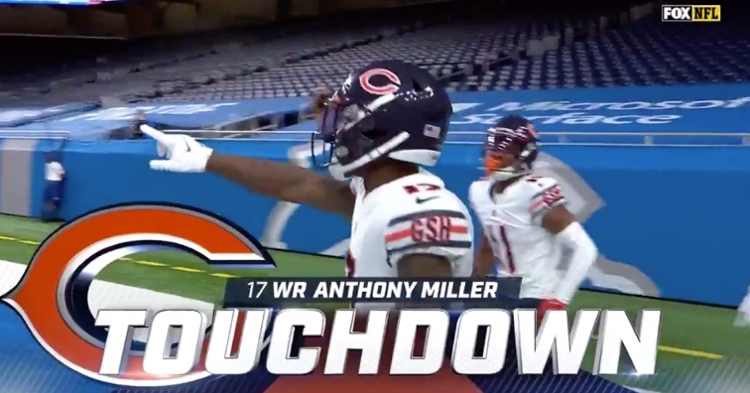 Anthony Miller caught a 27-yard touchdown pass that helped the Bears come back and beat the Lions.

DETROIT — Capping off an epic fourth-quarter comeback that resulted in the Chicago Bears taking their first lead of the day over the Detroit Lions, wide receiver Anthony Miller made a great catch of a great throw from quarterback Mitchell Tubisky for a touchdown. Miller lunged over the goal line with 1:54 left in the contest.

The score came after Bears defensive back Kyle Fuller picked off a pass in Lions territory to help set up the touchdown drive. Miller's 27-yard score placed Chicago ahead of Detroit 27-23 late in the fourth quarter at Ford Field. Miller had four catches for 76 yards in the wake of the touchdown reception. The Bears finished off the 27-23 soon afterward.