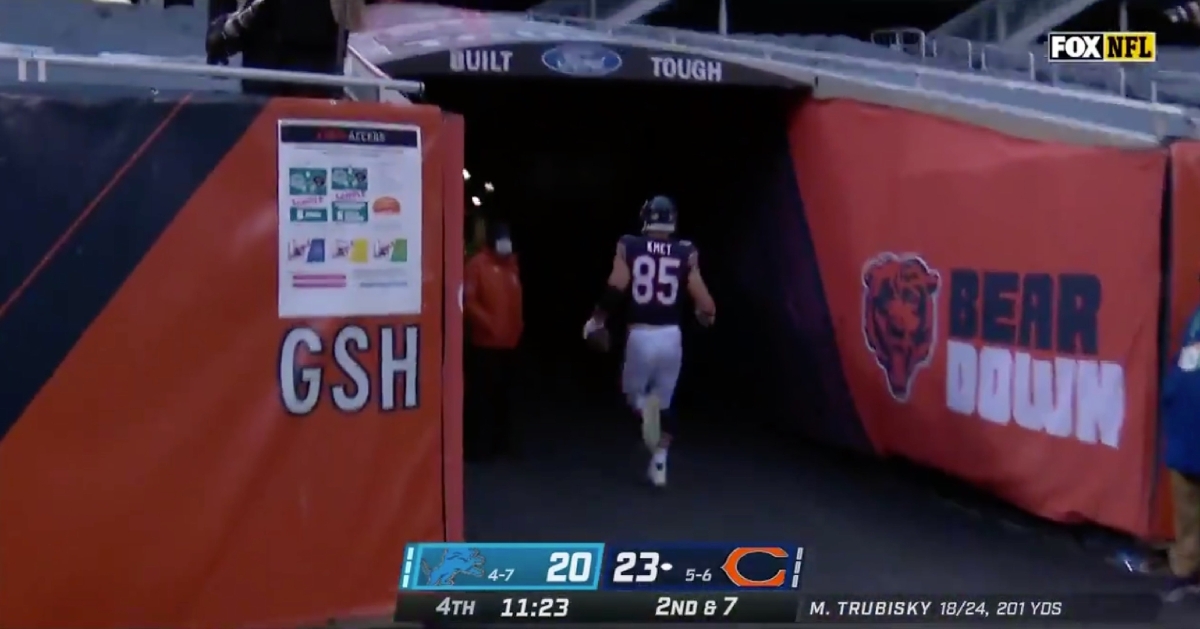 CHICAGO — Scoring his second touchdown of the season, rookie Chicago Bears tight end Cole Kmet barreled into the end zone from 11 yards out on Sunday. Quarterback Mitchell Trubisky tossed a short pass to Kmet, who proceeded to hustle across the goal line.

Kmet's Week 13 score put the Bears up 30-20 on the Detroit Lions at Soldier Field. After careening into the end zone, Kmet allowed his momentum to carry him into the tunnel at Soldier Field. After having his Bo Jackson moment in the tunnel, Kmet, a former Notre Dame baseball player, came back onto the field and celebrated his touchdown by swinging the football like a bat.