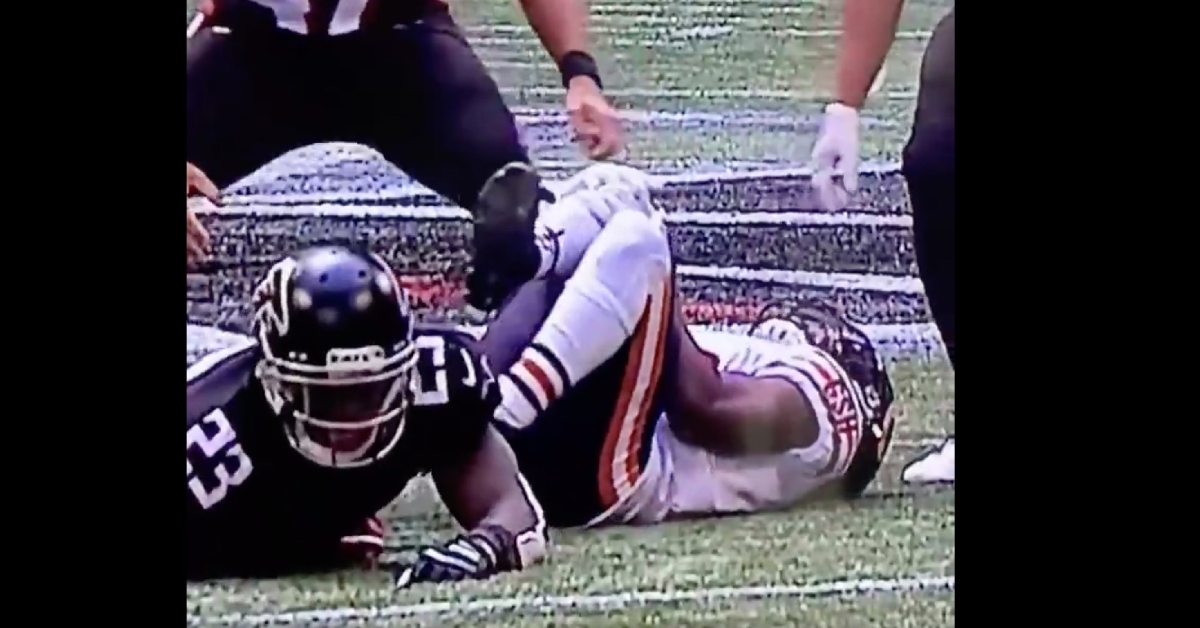 ATLANTA — The Chicago Bears suffered a key injury while trailing 26-10 late in their Week 3 matchup on Sunday. Running back and return specialist Tarik Cohen was injured after making a fair catch on a fourth-quarter punt.

Atlanta Falcons running back Brian Hill was pushed into Cohen on the play, and Cohen's right knee seemed to buckle as Hill rolled into his leg. A flag on the play was picked up because Hill was pushed into Cohen by a Bears player. Cohen was helped off the field without putting any weight on his leg and was then carted to the visiting locker room at Mercedez-Benz Stadium. Soon afterward, the Bears ruled Cohen out for the rest of the game.

@ProFootballDoc I think @TarikCohen just tore his ACL. Look where he holds his leg going to the ground. pic.twitter.com/QgHvy0rmYV

Tarik Cohen has been carted back to the Bears' locker room with what looked like a knee injury on the previous punt return. #Bears

Bears RB Tarik Cohen has been ruled out for the rest of the game with a knee injury.