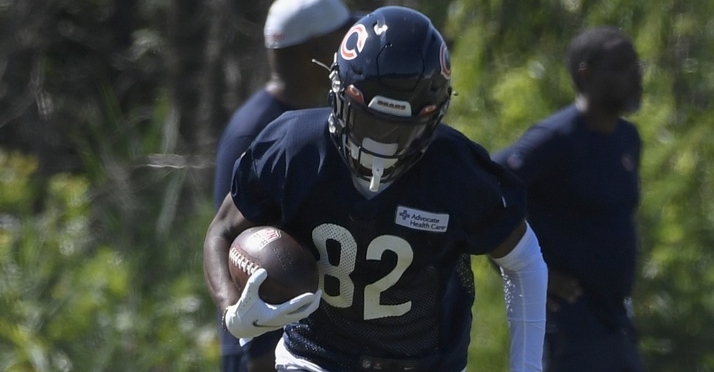 The Chicago Bears announced Tuesday that they have waived receiver Ihmir Smith-Marsette.

Smith-Marsette had a few costly penalties and a fumble that hurt the Bears the last two games, so they decided to cut ties with the 23-year-old.

He had only one catch for 15 yards for the season.

The Bears claimed him off waivers in September after he was cut by the Vikings.

In a corresponding move, the Bears have promoted Isaiah Coulter to take his roster spot on the team.

Coulter played in three games with the Bears last season.

He was a fifth-round draft pick out of Rhode Island in 2020.

In other roster news, the Bears also signed tight end Sammis Reyes to their practice squad. He is the first Chilean-born player in NFL history.