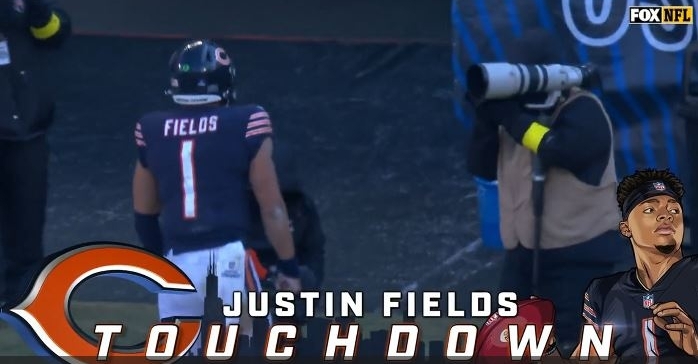 The previous team record was held by Bobby Douglass' 968 rushing yards in 1972.

Fields has 976 rushing yards on the season. He also has 70+ rushing yards for his fifth consecutive game. That's the longest streak by any quarterback since at least 1950 according to the NFL.

Once he gets over 1,000 for the season, he will only be the third quarterback to achieve that accomplishment alongside Lamar Jackson and Michael Vick.

Check out the play below: