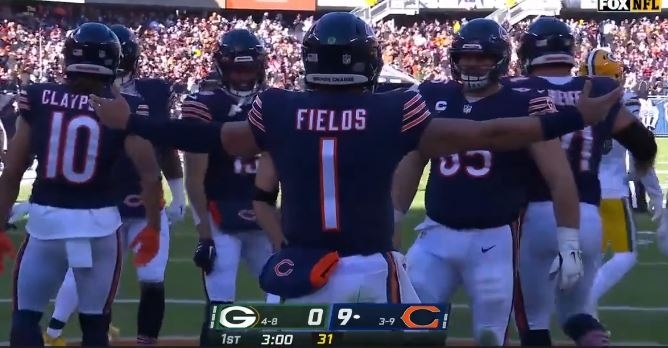 Chicago Bears franchise quarterback Justin Fields is healthy and it showed against the Packers as he exploded for a 56-yard touchdown run in the second drive of the first quarter.

The run put the Bears up 9-0 against their hated rivals.

Fields touchdown run tied an NFL record with his sixth straight game with a touchdown that dates back to 1950 with Johnny Lujack.

Regarding the Bears, this is the longest single-season streak of six touchdowns rushing and 50+ rushing yards since Gale Sayers in 1969.

Check out the TD run below:

WELCOME BACK AND SAY GOODBYE TO JUSTIN FIELDS ??